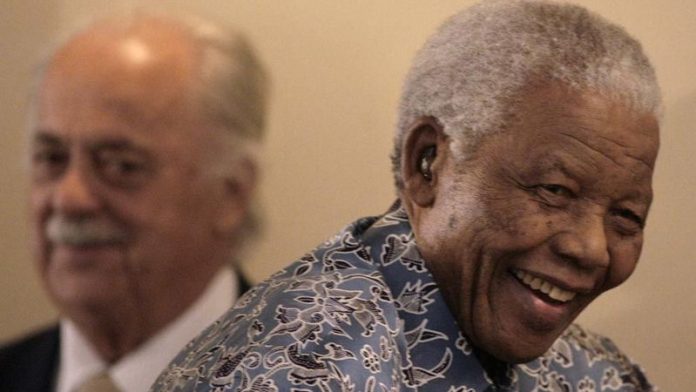 Nelson Mandela's commitment to the struggle for freedom started more than 15 years before he and many others decided, towards the end of 1961, that peaceful resistance was no longer the only option available to the oppressed people of South Africa.

The decision to form Umkhonto weSizwe (MK) to attack symbols of apartheid was not easily taken. But as a result of the Sharpeville massacre – during which 69 people were killed and 180 were injured by police at a non-violent protest for the abolition of the pass laws – on March 21 1960, the banning of the African National Congress, and the detention of the leaders of the ANC – and particularly those facing a charge of treason – they were persuaded that the decision was inevitable.

Even that great man of peace, Chief Albert Luthuli, was persuaded by Mandela that he had no option but to acquiesce in a difficult decision.

The apartheid regime attempted to fully exploit the ANC's decision to use violence. It compared the ANC with criminal gangs such as the Red Brigades of Italy and the Baader-Meinhof Gang of Germany. The regime ignored MK's limitation of violence to symbols of apartheid, and sparing of human targets.

The arrest in Rivonia at the Liliesleaf Farm on the outskirts of Johannesburg, and the documents implicating Mandela found hidden on the farm, were celebrated as a triumph by the security police and considered by Prime Minister Hendrik Verwoerd's government as a death blow to the struggle.

Turning the tables
Mandela, Walter Sisulu, Govan Mbeki, their co-accused and their lawyers, led by Bram Fischer, decided they would turn the tables. Instead of being accused of committing offences for which the death sentence could be sought, the accused would become the accusers.

The overzealous prosecutor, Percy Yutar, did not foresee that this would not be a typical trial in which the accused sought to avoid responsibility for what they had done.

Mandela, with the concurrence of all his co-accused and the legal team, decided that they would challenge the legitimacy of the regime. He would make a statement from the dock and they would give evidence on oath not only to expose the truth about the oppression of the people of South Africa by an illegitimate regime, but also to appeal to the world at large that they had no choice.

They appealed to the world jury to acquit them of any moral wrongdoing and to convict the regime of committing crimes against humanity. They used the courtroom as a forum to proclaim that their cause was just.

Mandela was aware that the defence that the accused – and he in particular – had adopted was a dangerous step.

The government-controlled media called for a death sentence to be imposed as soon as Walter Sisulu, Govan Mbeki and the others were arrested on July 11 1963, completely ignoring the sub judice rule.

Death sentence
At our first consultation, we informed ANC leaders who had been detained for 90 days without trial and Nelson Mandela, who was serving a five-year sentence on Robben Island, that the likely sentence would be death. Their immediate response was that the shadow of the gallows would not deter them from proclaiming to the world they were proud of their actions because they were carried out as a just cause.

Mandela made it clear that, as accused number one, he would take responsibility for whatever the ANC and MK had done. It was decided that he would not give evidence under oath, but would deliver an apology in the true sense of the word ­– a justification for what had been done, rather than an expression of regret or a plea for mercy: "Above all, we want equal political rights, because without them our disabilities will be permanent," he said in his famous address from the dock at the Supreme Court in Pretoria.

"I know this sounds revolutionary to the whites in this country, because the majority of voters will be Africans. This makes the white man fear democracy.

"But this fear cannot be allowed to stand in the way of the only solution which will guarantee racial harmony and freedom for all. It is not true that the enfranchisement of all will result in racial domination. Political division, based on colour, is entirely artificial and, when it disappears, so will the domination of one colour group by another.

"The ANC has spent half a century fighting against racialism. When it triumphs, it will not change that policy. This then is what the ANC is fighting for. Their struggle is a truly national one. It is a struggle of the African people, inspired by their own suffering and their own experience. It is a struggle for the right to live.

"During my lifetime I have dedicated myself to this struggle of the African people. I have fought against white domination, and I have fought against black domination. I have cherished the ideal of a democratic and free society in which all persons live together in harmony and with equal opportunities. It is an ideal which I hope to live for and to achieve. But if needs be, it is an ideal for which I am prepared to die."

The prosecutor claimed that the decision not to give evidence under oath was made to avoid cross-examination. In fact, it was to present a cohesive statement and to protect the confidential discussions between Mandela and a number of heads of state in Africa and leading supporters in Europe.

Epic battle
Sisulu, who did go into the witness box, was cross-examined for a number of days.  By common consent, the prosecutor lost this epic battle.

Sisulu made a favourable impression on the judge. His evidence, together with Nelson Mandela's statement from the dock, went a long way towards discrediting the false propaganda that the apartheid regime peddled to the world.

Mandela expected the death sentence to be passed. The note that he prepared the night before, if called on to give reasons why the death sentence should not be imposed on him, read in part: "The blood of many patriots in this country has been shed for demanding treatment in conformity with civilised standards … If I must die, let me declare for all to know that I will meet my fate like a man."

Fortunately, it did not have to be read out.

One of the reasons that prompted writer Alan Paton to take the stand in the Rivonia Trial was that he knew that whites would one day have to negotiate with the likes of Luthuli, Mandela, Sisulu and the others, as representatives of their black fellow-citizens.  He prophesied that if any of them was sentenced to death, there would be no credible African leaders to negotiate with.

The Rivonia Trial was described as the "trial of the century". Leading newspapers of the world described Mandela, Sisulu and Mbeki as the George Washingtons and Benjamin Franklins of South Africa, and as great patriots who should not be punished.

As a student, a young lawyer, a political leader and a prisoner for 27 years, Mandela bravely faced injustice with fortitude. He was not embittered nor did he seek revenge, but rather sought reconciliation.

An icon
He is universally regarded as an icon who was prepared to sacrifice his freedom and his very life. His optimism that the dawn of freedom would eventually break was realised. Robben Island, where he was imprisoned for more than two decades, became a symbol of oppression.

With undue humility, he disavows that he was the great leader that brought democracy, freedom, equality and dignity to the people of South Africa. His concern about the nation, his family, his friends and even those whom some would consider his enemies makes him a great world leader.

The lives of all of us who have crossed his path have been enriched. Had it not been for his optimism and leadership, many of us may have given up.

It will be hard to find another South African leader to follow him.

This can be done by making the project’s 30% of the budget for local broad-based black economic empowerment a separate budget to break the feedback loop that greases the wheels of patronage.
Read more
Opinion