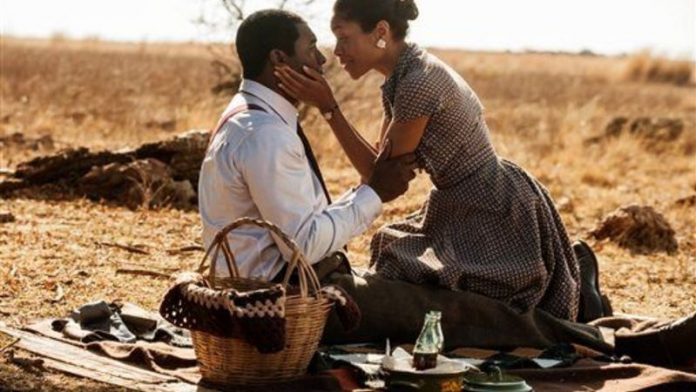 However, mourners who had planned to remind themselves of his awe-inspiring legacy by catching the Mandela: Long Walk to Freedom on Friday were disappointed.

Cinemas showing the movie went dark and, starting with the 9.45am screening, did not go ahead as scheduled.

Ster Kinekor's homepage lead with the message: "We are deeply saddened by news of our beloved Madiba's passing and join with the rest of our country and the world to honour his memory. We have decided along with the producers of the film not to screen Mandela: Long Walk To Freedom as scheduled today as a sign of respect to the memory of our dear Tata."

'Appropriate'
Calling from London, an exhausted but optimistic-sounding Anant Singh, film producer and chief executive of Videovision Entertainment, told the Mail & Guardian the decision to halt screenings for 24 hours was made out of respect to the family and the nation.

The news of Madiba's death came through 15 minutes before the movie ended at the royal premier of the film in London on Thursday evening. Discussions were held to decide whether the movie should be stopped. But at the insistence of Mandela's daughters – that Madiba would have wanted the screening to continue – they waited until the end.

"I took to the stage with Idris Elba and director Justin Chadwick as the credits were rolling and the crowd was starting to give us a standing ovation. We stopped the sound and announced that Madiba had just passed. Some people started crying and the room was filled with heavy emotion."

The coincidental timing of the film's premiere and the death of Madiba he said, was both "surreal and appropriate".

"The film was a celebration of the life of a man, who was every man. We should be inspired by his life and his death gave us the opportunity for some little introspection." Singh says he spent the day at South Africa House in London along with Mandela's daughters Zenani and Zindzi Mandela.

"There was such a feeling of togetherness; thousands of people were gathered there to celebrate his life, leave flowers and sign the book of condolence.

It was a good experience having been there but now it's time to go home," he said, as he was boarding a plane back to South Africa.

London screening
At Thursday night's London premiere of Mandela: Long Walk to Freedom in the Odeon at Leicester Square, 1 400 attendees, celebrities and dignitaries alike were all informed of Mandela's death and a moment of silence was observed a while after the screening.

With the focus having shifted from this year's royal performance to Mandela's death, Prince William and Duchess of Cambridge Kate were interviewed by BBC News after the film, looking very moved.

"It's extremely sad and tragic news, we're just reminded what an extraordinary and inspiring man Nelson Mandela was.

Our thoughts and prayers are with him, and with his family right now," said William.

This past weekend, Mandela: Long Walk to Freedom emerged as the highest grossing film in South Africa, earning over R4-million, according to Videovision Entertainment.

Screenings of the show will continue as planned from Saturday morning.