Tata Mandela, how do we say goodbye?

Outside the Houghton home where Nelson Mandela spent his final days, the first chorus of Nkosi Sikelel' iAfrika broke out just moments after President Jacob Zuma ended his address to the nation, in which the passing of Madiba was announced.

It was more than a little ragged. The tiny crowd that gathered was still outnumbered by the contingent of journalists, and everyone was still dealing with the sad news.

But more mourners arrived, first in a trickle, then in a stream. Within an hour the crowd grew to several hundred people, and the songs equally grew in strength, and changed tone. The national anthem was replaced by struggle songs and chants, with the occasional "Viva Madiba!" thrown in.

Some arrived with South African flags, some with candles, some with blankets to ward off the very unusual chill that settled on Johannesburg earlier in the day. Some brought children still rubbing sleep from their eyes.

They wanted their children to have a lasting memory of the night that a giant of a man, a father of the nation, passed, one such couple said. 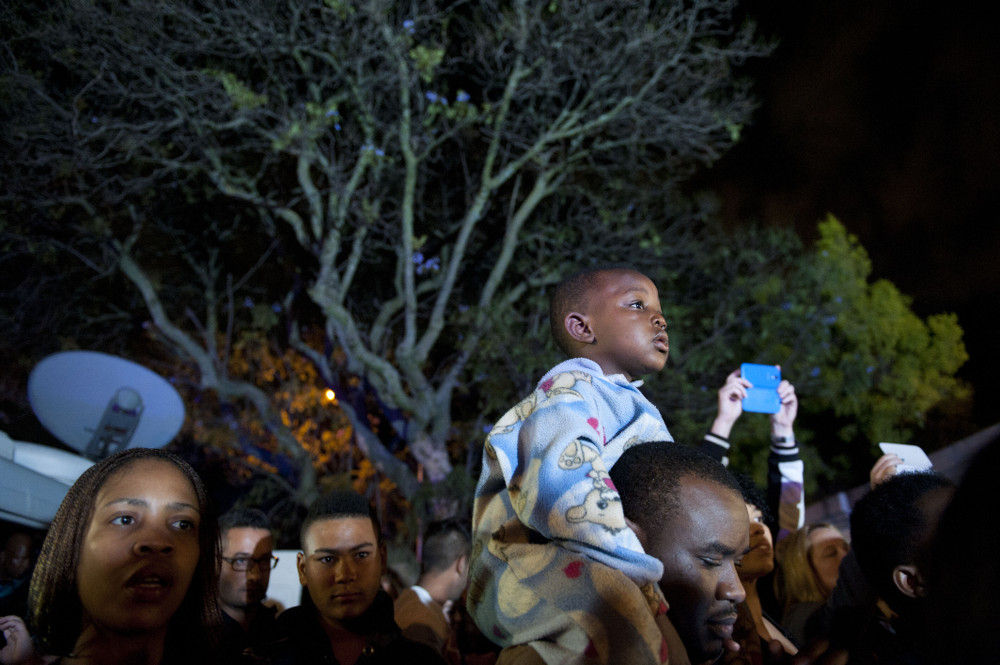 The tree-lined residential streets were soon clogged with cars as police struggled to control traffic. People walked, and occasionally stumbled in the dark, to where bright TV lights and strobing blue police lights lit a scene more than a little confused in its tone. There were tears and hugs, but also a sense that a great life was worthy of celebration, and that an energetic toyi-toyi was as fitting to his memory as lighting a candle.

"This man, he was a hero of our revolution," said George Nkosi, after leading a song. "He was a fighter, he was a warrior. We will bury him as a revolutionary."

The confused nature of the first scene of gathering, and mourning, came long before the confirmation that Mandela had died. A small group of journalists gathered in the late afternoon and early evening on a corner where many had previously held vigil for weeks, attracted by an unusual number of cars and visitors to the house.

For the next few hours there was little movement and no news. Official channels said that Mandela remained critical but stable.

Mandela's grandson Mandla said he knew nothing of a gathering or a change in Mandela's condition; members of his family in London for the royal premier of the biographical movie Long Walk to Freedom also knew nothing new. That remained the case even as rumours started to swirl that Mandela had passed away – rumours almost identical to those that had swirled the previous time Mandela had been hospitalised, and the time before that, and the time before that. 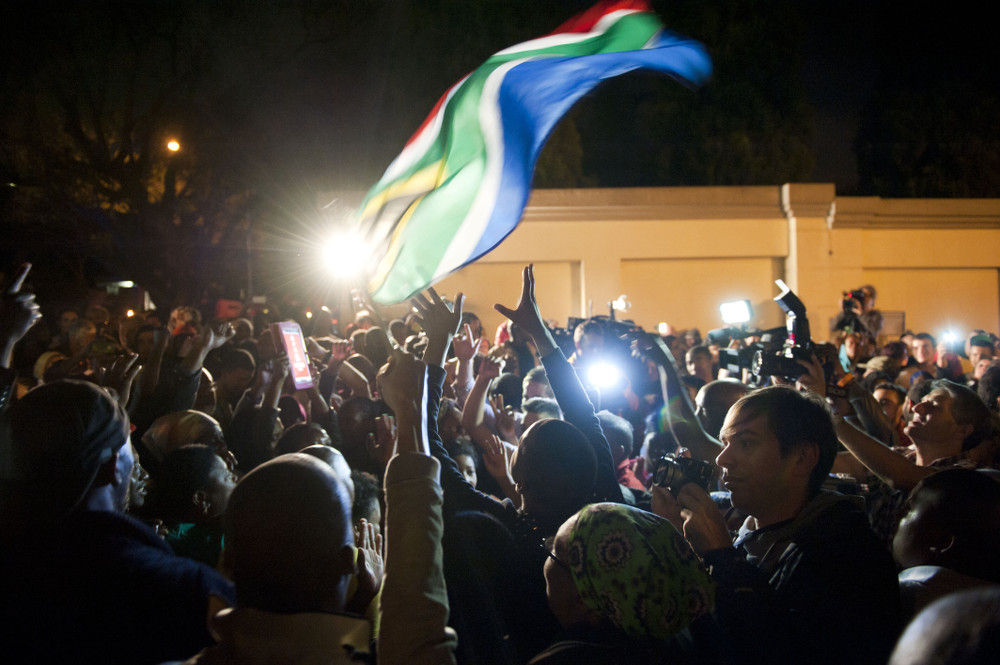 But just before 11pm, things began to move rapidly. Rumours of death started to come from highly placed government and ANC sources, none with first-hand knowledge, but plenty of credibility. Shortly after 11pm, a substantial contingent of police arrived at the house, including elite tactical response units. By 11:15pm the first cordons had gone up, and shortly thereafter official confirmation started to stack up: there would be a government statement soon, the statement would be delivered by Zuma, and that Zuma's address would be carried across all the channels of the national broadcaster.

In the end the journalists who had spent many days over the past year waiting outside hospitals and the Houghton home for any change, heard the news at exactly the same time the rest of the country did. Huddled around a single cellphone tuned to a radio station, the words were barely audible: "He has departed."