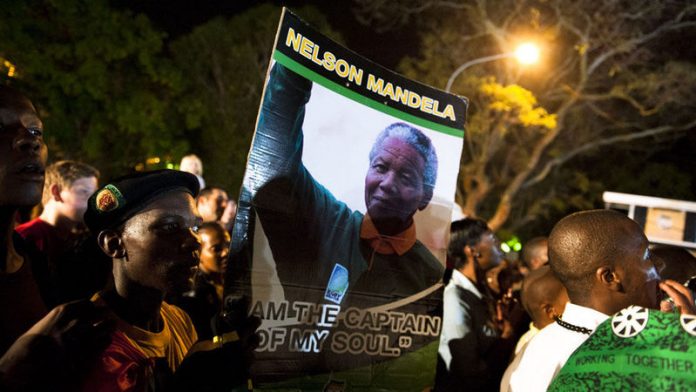 Government has yet to finalise a list of heads of state who will attend former president Nelson Mandela's memorial service on Tuesday, minister in the presidency Collins Chabane said on Saturday.

Chabane said the department of international relations is managing visiting heads of state, but could give no further information. Chabane also could not say which speakers would attend the memorial service, or who would conduct the service. The service will take place at the FNB Stadium on December 10 in Johannesburg.

However, Chabane said security arrangements were under control and government was not worried about potential threats of terrorism.

Heads of state will also be allowed to attend the state funeral, which will be held on Sunday December 15, in Qunu, in the Eastern Cape.

Mandela's body will lie in state for three days next week at the Union Buildings. Government has encouraged mourners to line the streets to view Mandela's coffin as it as transported from the mortuary to the seat of government.

Access to all official state events would be controlled, Chabane added.

Broadcast live
"The public is advised that all venues – the Mandela house, FNB Stadium, the Union Buildings – will be cordoned off and access will be controlled," he told reporters in Johannesburg.

"All key areas would be managed by law enforcement."

Chabane said the national government was in consultation with provinces to ensure that people from around the country attended the memorial service in Johannesburg on Tuesday.

"Unfortunately, we can never get an unlimited space [for the memorial]," he said.

"We can't tell people not to come to the memorial service."

He said the event would be broadcast live.

He said the event would take place during the day on Tuesday, and that the general public would not need accreditation to attend the service.

Chabane also said members of the public who wanted to attend the lying in state of Mandela at the Union Buildings, in Pretoria, would have to be shuttled to the site.

Cameras and cellular phones would not be allowed at the Union Buildings amphitheatre, where Mandela's remains would lie in state from Wednesday to Friday.

There would be a public procession through the streets of Pretoria on each day that Mandela's remains were transported from 1 Military Hospital to the Union Buildings.

Chabane said it was not certain "at the moment" whether Mandela's casket would be open or closed.

He said the times and details of the events would be released later.

'Celebrate Madiba'
President Jacob Zuma meanwhile announced on Saturday that he would attend a service at the Bryanston Methodist Church to mark the National Day of Prayer and Reflection called to remember Mandela on Sunday.

The presidency said, "President Zuma reiterated the call to all to go to stadiums, halls, churches, temples or synagogues tomorrow, December 8, to celebrate the life of Madiba and through him, that of all other South Africans who sacrificed so much so that we could be free from apartheid colonialism, all of us, black and white.

"We should, while mourning, also sing at the top of our voices, dance and do whatever we want to do, to celebrate the life of this outstanding revolutionary who kept the spirit of freedom alive and led us to a new society. As South Africans, we sing when we are happy and we also sing when we are sad to make ourselves feel better. Let us celebrate Madiba in this way, which we know best. Let us sing for Madiba." – Additional reporting by Sapa