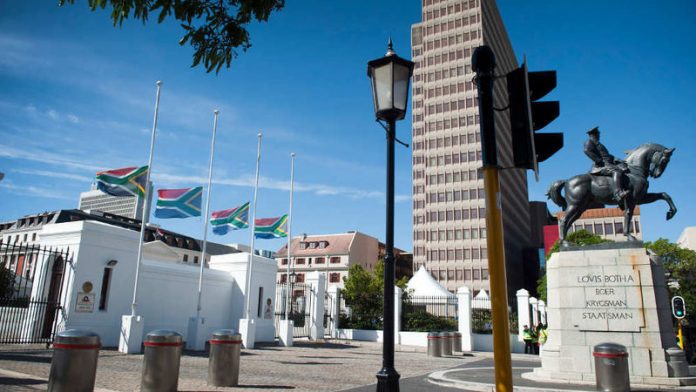 It was the first time in the democratic dispensation that the council met on a Sunday.

The council also approved an estimated operating budget of R72-million for the implementation of a contingency plan for the city's response to Mandela's passing. The budget will "allow the residents of Cape Town to honour the passing of the foremost South African in a calm, dignified manner and in a safe environment before the eyes of the world".The budget was unanimously approved.

The council authorised free access to the MyCiTi and Golden Arrow bus services during the designated period for the interfaith service on the Grand Parade, remembrance and funeral services to assist people in accessing venues and that the council absorbs the associated costs and loss of fare revenue.

The city has planned a decentralised footprint of events to enable residents to have free, convenient access to events and venues close to their homes.

The plan includes events at the City Hall, the Grand Parade and a day of remembrance event at the Cape Town Stadium scheduled for Wednesday, December 11.

"To our shame, he was imprisoned here for most of his 27-year incarceration.

"But it was also from here that he gave his first address after his release and where he presided over a new constitutional order."

Madiba was given the Freedom of the City of Cape Town in 1997.

"With this award, we made Madiba a living part of this government and this city forever.

"He is joined by the likes of Benjamin van der Ross, Archbishop Desmond Tutu, and Michelle and Barack Obama, in enjoying the Freedom of the City," said De Lille.

She said it was an interesting turn of history that since the advent of democracy, the city had charted its inspiration from Madiba to Obama – the man who became America's first black president; and the first black president of South Africa who inspired his political career. "It is the memory of that incredible influence Madiba had on us all that we honour him here today."

De Lille related how without fail, Madiba would call her on her birthday every year, and flattered her by saying she was his favourite opposition politician.

Madiba had also asked De Lille to serve on the board of the Nelson Mandela Children's Foundation.

'The struggle continues'
Xolani Sotashe, the ANC chief whip in the Cape Town council, delivered a fiery speech, talking about attempts by some to separate Mandela from the ANC, and how Mandela's vision of an equal and just society was the ANC's vision. "The two are inseparable," he said.

Sotashe, who is also chairperson of the Dullah Omar region in the Cape Town metropole, added: "We as the ANC in the Western Cape now must pick up that spear which Comrade Mandela has left with us.

"For as long as our people in the townships do not have adequate water, housing and sanitation, the struggle continues.

"For as long as the people on the Cape Flats live in squalor in backyards, the struggle continues.

"For as long as the farmworkers are treated like slaves in the land of their birth, we will continue to struggle," said Sotashe, touching on issues that have been contentious in the province over the past few months.

"Madiba is a global icon, the father of our nation, but he chose the ANC as a political home and is and will always be the face of the leadership of the African National Congress.

"We know that some have tried of late to use his legacy for political gain, but he had made the point over and over again through his life, that the ANC was the only vehicle of change and the vanguard of the poor and defenceless in South Africa," said Sotashe.

Speakers from other political parties represented in the council all sung Mandela's praises.