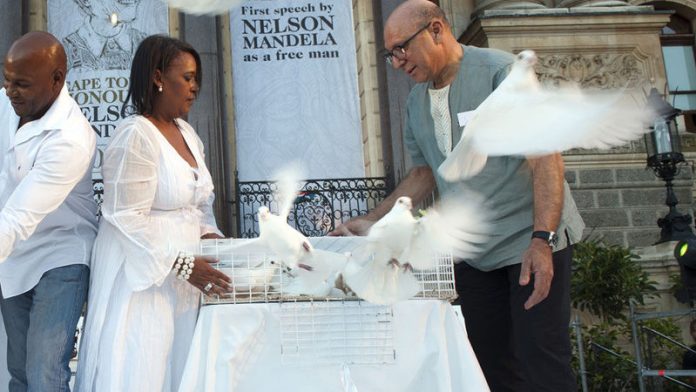 South Africans have "no choice" but to bridge the chasm of mistrust that has developed between government, labour and business, if Nelson Mandela's legacy of inclusive economic transformation is to continue.

This was according to Trevor Manuel, minister in the presidency for the national planning commission and the first ANC-aligned minister of finance appointed by Mandela.

Manuel was speaking on the sidelines of a prayer service in honour of the former president, at the Grand Parade in Cape Town on Sunday.

"Unless we allow ourselves to get into the zone where we can set out to persuade and be persuaded, there's no basis for finding each other."

'Trust deficit'
In the months and weeks leading up to Mandela's passing on December 5, much has been made of the "trust deficit" between business and government, particularly in the mining sector.

Since the tragedy at Marikana late last year, mining has arguably been a bellwether for industrial relations, as well as the relationship between business and government. Particularly difficult and protracted strikes in a number of other sectors followed in 2013, including in the agriculture sector and motor industry. These have underscored the sense of exclusion and frustration many South Africans, notably the working poor, have felt with the pace of economic transformation.

Meanwhile, forums such as the National Economic Development and Labour Council (Nedlac) – which were created after 1994 as a place for government, business, unions and civil society to thrash out economic, labour and development issues – have been criticised for failing to live up to their purpose in recent years.

But the struggle for economic transformation, like that of the struggle for democracy, was not "an event", said Manuel. It was a process, he added, much like the famous passage from Mandela's autobiography Long Walk to Freedom, which reads: "But I have discovered the secret that after climbing a great hill, one only finds that there are many more hills to climb."

Ensuring greater inclusion required "dealing in the first instance with poverty; dealing with unemployment, which creates poverty, and dealing with inequality", said Manuel.

Quality of education
To do this however, the quality of education had to improve, he said. He pointed to the recently announced annual national assessment results in numeracy and literacy for grade nine learners that revealed an average maths performance of 14%. This was an impediment to economic inclusion, he noted, as people were released into the labour market without necessary skills.

More "open and honest dialogue" as a nation had to take place, he said.

"Be prepared to disagree, but never be, or pretend to be intransigent about trying to find each other because the scale of the challenge is one that requires such immense energy and collaboration between all sectors of our society," said Manuel.