Soweto residents could be stranded by Mandela memorial 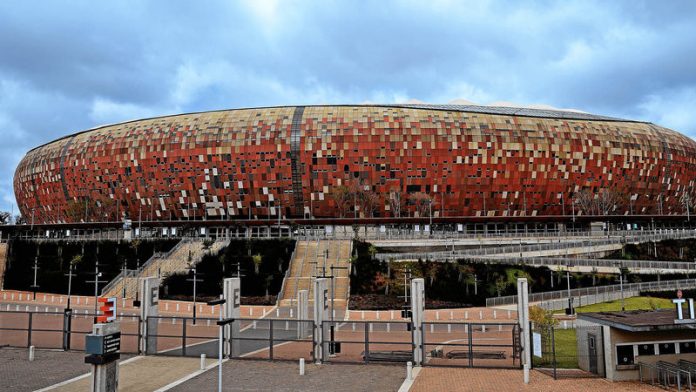 The national memorial service for former president Nelson Mandela is expected to lead to large-scale disruptions for commuters. The day-long service will be held at FNB Stadium, situated between Soweto and Johannesburg's city centre. This means motorists will have to find alternate routes due to road closures. People who rely on public transport could be left stranded with those services being used to ferry attendees.

The City of Johannesburg's official plans for Tuesday say, "Due to the national memorial service, there will be no normal Rea Vaya bus services. Metrobus will run a limited service, similar to the service that they operate on Sundays. Putco will endeavour to run a normal service. We apologise for the inconvenience."

The 94 000-seater stadium opens at 6am, and entrance will be on a first-come-first-served basis. When capacity is reached, the overflow will be ferried to other stadiums and viewing areas, mainly Orlando, Dobsonville and Ellis Park stadiums. The day's event will also be televised.

To get that many people to the stadium, a comprehensive plan has been drawn up using various means of public transport. In most cases this means commuters will be left without their normal means of transport to work.

The transport plan is expansive – at least 41 Metrorail trains will be transporting people from around greater Johannesburg to the stadium, but this means it will only be running a limited services.

Roads closed
From midnight on Monday the roads around the stadium will be closed and the Johannesburg Metro Police (JMPD) will not be allowing private cars near the stadium for the duration. Rand Show Road, the Soweto Highway, Greenwood Road, Booysens Reserve, Nasrec, the N17, and Main Reef Roads will all be closed. These routes will be opened after the memorial service.

The road closures means people using their own cars to drive to the city centre from Diepkloof and other parts of Orlando East will have to divert north and south, away from the normal commuter route. The main alternate option, the N1, is tolled.

All Rea Vaya services are suspended for the day, as the buses will be used to shuttle people to the FNB Stadium and other overflow stadiums and viewing areas. The current service carries commuters from Soweto to various parts of Johannesburg.

The only major public transport service that will be working is Putco, with its buses aiming to continue as usual. The company will be running an extra service for people wishing to go to any of the stadiums, but their routes will be disrupted and delayed by the road closures.

How to get to FNB Stadium
JMPD chief superintendent Wayne Minnaar said; "Because of the road closures, people are encouraged to make use of public transport."

"Buses will also operate from Soweto and there will also be the Gautrain feeder buses from Rosebank and Sandton stations that will transport dignitaries to the Wanderers park and ride facility.

The City of Johannesburg were not available to explain how people could get to work on Tuesday.

More information about park and ride facilities, as well as disruptions are available on the City's website.