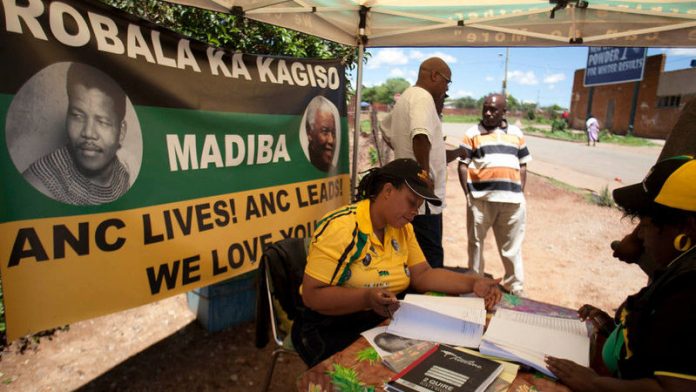 The Democratic Alliance and the ANC will know by late Wednesday who has come out victorious in the battle for control of Tlokwe local municipality in Potchefstroom.

Voters wrapped up the by-elections day, with some visiting polling stations in the early evening after a few hours of less activity.

Each of the two parties need a minimum of four wards to be in a controlling position of the municipality.

Tlokwe is currently run by 23 councillors each for the ANC and for the DA-led coalition of opposition parties.

By early evening the ANC began pressing panic buttons when it became clear the party is facing a huge challenge in ward four, where Alfred Seobi is up against the DA's Johan Zerwick and independent candidate and former ANC councillor Johanna Xaba.

Confident candidates
A confident Zerwick told the Mail & Guardian that he is definitely going to win ward four.

"Most people in town are voting for the DA and in Ikageng half of the people will vote for an independent candidate, while the other half will choose the ANC. I'm winning this ward," he said.

ANC provincial chairperson Supra Mahumapelo admitted that ward four is challenging, though it was led by the ruling party before.

The ANC could still win this ward, he said, but with a small margin.

He embarked on a door-to-door campaign with other provincial and regional leaders in the early evening in at attempt to raise the numbers in the part of ward four where the ANC is stronger.

"We must do it [door-to-door] until the last hour," he said.

ANC leaders and volunteers drove some voters to polling stations to ensure that they cast their vote.

The DA is only contesting two out of the six wards and putting the party’s faith in independent candidates, former ANC councillors, to win the rest.

"We didn’t want to contest in wards where independent candidates are strong because they can easily defeat the ANC," said Zerwick.

"The independent candidate for this ward Johanna Xaba is politically strong. We're helping the independents and when they win they'll form a coalition with us."

Marginal win
Ward 13 presents more difficulty for the ANC as it is a minority vote ward. In 2011 the party won it by a tiny margin, said Mahumapelo.

"Now in addition to the 2011 challenges, we’ve got new factors. Some people have left the ANC and some are running as independents because of the wrong things they [the ANC] did in the council," he said.

In other wards ANC candidates expressed confidence that their party would be back at the driving seat of Tlokwe.

Ward 12 candidate Duduetsang Modise said he's going to tackle lack of waste removal, youth unemployment and urge the municipality to repair toilets in the area he says is the oldest in the township and needs upgrading.

Said Mahumapelo: "The results are going to be out tonight and the ANC is going to win."