Falling circulation a sign of the Times, so why did Survé single out Dasnois? 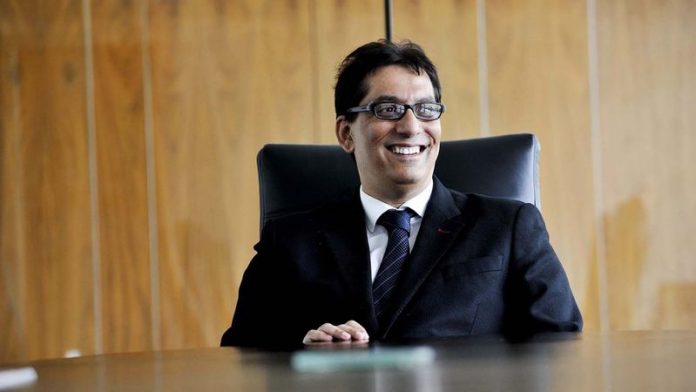 Independent News and Media South Africa proprietor Iqbal Survé has claimed the underperformance of the Cape Times, and specifically its falling circulation, prompted the sacking of executive editor Alide Dasnois. But her replacement, Gasant Abarder, has a far worse record.

In March 2012, the circulation of the Cape Times overtook that of the Argus, and this still holds true.

In a statement, Sekunjalo Investments chairperson Survé denied that the "redeploying" of Dasnois was a reaction to the Cape Times' front-page story about public protector Thuli Madonsela's report on the fisheries industry that reflected adversely on Sekunjalo.

"The need for change is indisputable and borne out by the simple fact that judged by all the relevant performance indicators for a media company, Independent lags behind its competitors," he said.

'Distorted picture'
In the light of the "distorted picture now being peddled in the public" about Dasnois's removal, Survé said it was necessary to "remind everyone of the wholly unsatisfactory sales performance of that title over the last few years. Between 2008 and 2012, the Cape Times's compounded loss of sales amounts to 28%."

Apart from the circulation collapse at the Argus under his editorship, Abarder's sudden move back to the Independent group from Eyewitness News also suggests a knee-jerk, rather than strategic, decision.

EWN complained in a statement that he had "absconded" as its news editor, after resigning in November but promising to serve three months' notice, as per his contract.

The intensity of feeling within Sekunjalo about the fisheries story emerges from its letter to Independent Cape group editor Chris Whitfield on December 7 complaining of "months and months of sustained attacks on the integrity of Sekunjalo" and demanding a front-page apology.

"It is only appropriate given the history of aspersions cast on the company [that] if you fail to accede to this demand, Sekunjalo will issue summons … against the individuals concerned in their personal capacity, as well as against the newspaper, for the recovery of damages suffered by the company."

At the time of writing no apology had been published.

Decline of the industry
The sales loss of the two Cape Town dailies must also be judged against the decline of the industry as a whole. An analysis of Audit Bureau of Circulation figures indicates that the Cape Times's circulation has fallen slightly more, in percentage terms, than that of the beleaguered daily newspaper industry, whereas the Argus's sales drop has been markedly higher.

Between end-September 2009 and the same point this year, the combined circulation of daily newspapers fell 433 000 to just under 1.2-million, a drop of 27%.

The performance of both newspapers appears to have been particularly hard hit by a management decision in March last year to change the Argus from broadsheet to tabloid format and move it into the morning market, alongside its upmarket sister paper.

Ironically, the Cape Times had stabilised its circulation between mid-2009 and the date when the Argus became a morning daily, at above 42 000. Interviewed in March last year, the Independent group's Western Cape group editor, Chris Whitfield, said that the Cape Times was "holding largely steady … which is significant considering the general circulation decline of newspapers".

If falling circulation is indeed the motive for Dasnois's dismissal, the editors of other Independent group newspapers must be worried. Over the period June 2009 to the present, the Pretoria News lost 32% of its circulation and the Star 38% – both higher than the Cape Times.