No journalist should fear writing about Sekunjalo, says Survé 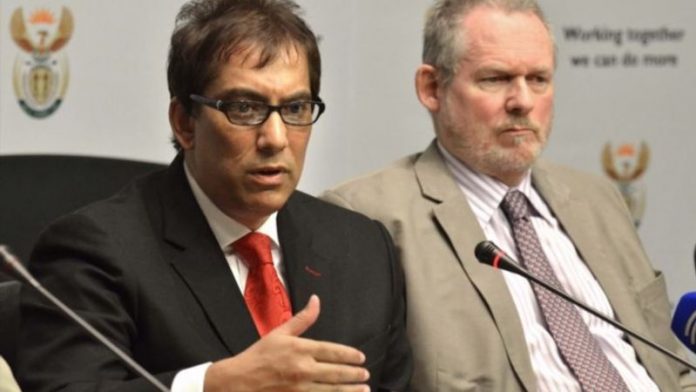 Independent News and Media group South Africa (INMSA) head Iqbal Survé on Thursday assured staff of their editorial independence, saying "no journalist has to fear when writing a story if one or more of the companies in Sekunjalo Group is involved".?

This follows the removal of Cape Times editor Alide Dasnois from her position on Friday. He has previously denied that she was axed from her position because the Cape Times ran a story on tender irregularities by Agriculture, Forestry and Fisheries Minister Tina Joemat-Pettersson involving a Sekunjalo subsidiary.

Survé is also the executive chairperson of Sekunjalo Consortium. Sekunjalo is the controlling shareholder of Independent, which owns the Cape Times among many other titles, such as the Star in Gauteng.

"I want to assure all staff of my sincere commitment to the editorial independence of this group and the right of its journalist to do their work without fear or favour. This means no journalist has to fear when writing a story if one or more of the companies in Sekunjalo Group is involved," he wrote in a letter to staff.

"I do not expect special favours or puff pieces to be written by any journalists. All our stories must adhere to the highest standards required. This means they have to be balanced, fair and accurate. What they can’t be is one sided, inaccurate and prejudicial. I have always valued the principles of transparency, fairness and independence. More importantly, in our quest for fairness, we should give everyone an opportunity of the right of reply."

Irregular tender
However, Dasnois' removal also comes against the backdrop of Sekunjalo Investments threatening to lay criminal charges against Dasnois and the reporter who wrote the irregular tender story, Melanie Gosling, in their personal capacity, unless the newspaper issued a front-page apology.

Survé's letter says: "On a personal note, no journalist need fear legal action from me if they write about me. In instances where I feel aggrieved about how I was portrayed, I will follow the traditional procedures which are to be followed."

But it does not say whether one of his companies will follow through on its threat of legal action against the journalists.

Dasnois met with senior management members on Friday morning, including Survé and chief executive Tony Howard, when she was relieved of her position.

"At this meeting, in addition to dealing with our plans for her future role in the group, Ms Dasnois was asked by the CEO, Tony Howard, to explain the failure to lead the newspaper with the Madiba story, and her response was that she did not have enough resources to do so. This excuse was not accepted by all present … Ms Dasnois' conduct in not leading with the Madiba editorial accelerated this request for her deployment."

He does not say who requested this redeployment.

'Envisioned expansion'
In a memo to staff on Wednesday, Howard wrote: "At this meeting in Cape Town on Friday, December 6 at which Dr Survé, myself [Howard] and Cape Town senior management were present, Alide was offered a new editor role as part of the company’s envisioned expansion strategies."

"During these discussions, concern was also raised [by the management present] regarding the front page of the Cape Times – since on that day, almost every media group focussed their content on the passing of former president Nelson Mandela."

Assistant editor Tony Weaver, in an open response, said on Wednesday he found this comment "extraordinary, since the Cape Times produced a wrapped special edition which was hailed by Time as 'one of the best 14 newspaper front pages in the world'".

Dasnois has said that she did not think her removal was fair, and says she is considering taking the matter to the CCMA or Labour Court.

She has been replaced by Abarder, who left Primedia's EyeWitness News (EWN). But Primedia on Monday issued a statement saying that Abarder had "absconded from his position as EWN's news editor in Cape Town".

"However, on Friday evening, he wrote a late-night email to management, informing them that he was leaving with immediate effect and would not be returning to Primedia Broadcasting," the news organisation said. EWN has said they are considering legal action.

When asked who was next, another staffer said: "It's impossible to say. These edicts appear by email. No one seems to know."

If the owners of INMSA do not guarantee editorial independence "we will walk", a member of senior management at one of the group's newspapers told the Mail & Guardian on Wednesday. "It's about credibility – I'll walk if [we're] told 'I want to see the front page, I want to see anything written about Sekunjalo' [by Survé]," the source said.

Survé did not understand how newspapers worked, having been neither a newspaper proprietor or a journalist, they said. "The only thing we have as journalists is our credibility … I'd rather be on the streets [than in a newspaper that was not independent]. The longer you stay, the more your credibility decreases."

Survé said "the decision to make changes at the Cape Times is in line with [INMSA's] medium term plans to ensure that Independent is competitive … all editors have fiduciary responsibilities to ensure performance. I will not tolerate under performance of titles especially if it undercuts the papers ability to grow market share," he said, intimating that she was removed as editor due to underperformance.

Inside the newspaper, employees are upset, concerned and not sure what the future holds in store for them. One Cape Times employee told the M&G: "People are in a state of shock … they are trying to do the Mandela story right. I don't want to say 20 years down the line that I was so distracted by my company that I didn't pay respects to this great man."

When asked what the staff was doing in response to the new appointments, the Cape Times employee said: "We're really trying our best. Reporters are killing themselves, trying to put their heads down and not be distracted [from covering Mandela's death]."

When contacted for comment, Survé referred the M&G to his media release.