His home is where the harvest lies 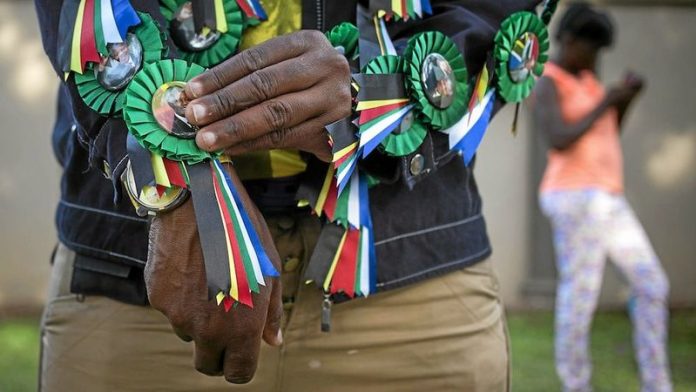 On Friday, a day after Nelson Mandela died, Sbusiso Mlambo made R9 000 selling memorabilia of the late hero at an impromptu shrine set up outside the former president's house in the exclusive Johannesburg suburb of Houghton.

The following day he made R13 000, and on Sunday he had to be content with R9 070. An unskilled factory worker earns R500 a week. This means Mlambo has made more money than an average factory worker would make in a year – in just three days.

"It's incredible, what has happened. Yes, we are mourning but I think Mandela would have been happy to see that we are not just sitting dejectedly and hoping for hand-outs. We are working hard as he taught us to contribute, in whatever way, towards growing the economy," said the 31-year-old father of two from Orlando East in Soweto.

Mlambo is just one of the hundreds of fast-thinking entrepreneurs who have used their skills and experience to ensure that their countrymen and tourists get their slice of Mandela – in T-shirts, caps, mugs, framed portraits and other paraphernalia.

Shrines commemorating Mandela have mushroomed countrywide, and business is brisk all round.

In addition to apparel, traders are selling ice cream, bottled water and candles, which the pilgrims light and place at the shrine to burn in celebration of the most-loved son of Africa.

ANC stock
Mlambo, whose stall is impressive in both size and the variety of items on offer, gets his stock from the offices of the ANC, Mandela's governing party. But there are traders who procure their stock from other sources: many import plain T-shirts from China and have them printed locally.

Nosizi Ngwenya, who has a rather modest stall just 20m from Mlambo, says she bought her stock from Indian traders in downtown Johannesburg – all printed and designed.

Having made a daily take-home average of R2 000 since the vigil started on Friday, Ngwenya has not fared as well as Mlambo. But to this mother of three who lives in downtown Johannesburg the money is a godsend.

Under normal circumstances, she is unemployed. But when Madiba died, she decided, as she puts it, to "take a chance and use my last cents buying stock from the Indians and see if I can't make a profit". Her gamble seems to be paying off.

Buoyed by her success, she is considering taking the T-shirt business seriously. She says she will keep her eyes and ears open for future occasions that warrant T-shirts.

Mlambo is also, under ordinary circumstances, unemployed. He only "gets into action" when there is a huge ANC event where he sells the party's T-shirts, caps, jackets and other paraphernalia.

The last big assignment for him was last December, when Jacob Zuma was re-elected to his position as president of the ANC in Mangaung.

Not a priority
He has been selling T-shirts for the past two years. He admits that the money he makes on special occasions might seem a lot at first glance – until you take into account that ANC or Mandela T-shirts are not an everyday priority for the average South African consumer.

At the shrine outside Mandela's home, there are 20 of these stalls. Although they are selling Mandela imagery, it comes in different packaging and varying degrees of quality.

Some of the T-shirts are durable, but others are flimsy. The framed pictures are mostly elegant, and the mugs worth keeping or buying for a friend as a memento.

Thousands of people have visited the ?impromptu shrine at the struggle icon’s home. (AP)

One merchant, who wouldn't give her name, said she imports plain T-shirts from China and has them printed in Johannesburg.

"No one has told me I can't use the insignia. I am a member as well," she said, when asked whether she was concerned about copyright issues.

At the shrine, a local artist has placed a huge painting, which features the imposing figure of Mandela flanked by Martin Luther King, Jr, Mahatma Gandhi and J.F. Kennedy to his right, and Abraham Lincoln, Winston Churchill and Barack Obama to his left. The painting is signed 'Jonathan Brews, 2009'.

Sterile
The sudden appearance of the traders at the corner of Twelfth Avenue and Fourth Street (Mandela's address) has transformed this neighbourhood, which, on a normal day, is sterile to the point of being intimidating. If you happen to jog or walk in this neighbourhood, as I normally do because my gym is just a street up from Madiba's house, you are bound to feel out of place, to feel as though you are being watched.

The huge mansions nestling comfortably on huge plots – with tennis courts and Olympic-size swimming pools – speak a language of obscene opulence. But the high walls that are a common feature and the security guards stationed at the entrance of almost every house tell a story of insecurity that, in turn, tells you that the inhabitants do not trust anyone.

And then there are the vans belonging to various private security companies patrolling the streets. Because there are no pavements here you feel guilty if you so much as put a foot on a piece of lawn. So you end up walking in the street. But the passing motorists give you a disapproving stare as they swish past you – making you feel even more self-conscious.

At the corner, you are bound to encounter a group of domestic workers sitting flat on the grass, gossiping about their bosses, or sharing tips about the numbers game called uMshayina. When you pass the domestic aunties, there is a pause in the conversation: you can feel their eyes drilling holes into your body, the unspoken question being: What does this one want here?

All in all, Madiba, who never tired of reminding all and sundry that his home was open to all, that his neighbourhood was every South African's home, must be smiling wistfully at it all: the brisk trade at his doorstep, and the bonhomie that has come to characterise his neighbourhood – albeit until Sunday when he is finally laid to rest.