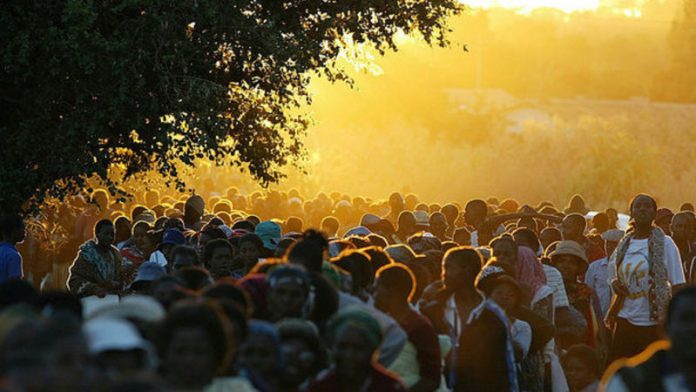 The Zimbabwe Catholic Bishops' Conference, an influential grouping of clergy that occasionally has the ear of President Robert Mugabe, said the July 31 polls left Zimbabwe more polarised than it was during the years of the inclusive government.

"The political fault lines and their impact on all aspects of the lives of Zimbabweans are set not only to deepen, but also to stand in the way of progress and, ultimately, in the way of peace," the bishops said in a pastoral letter.

Mugabe and Zanu-PF overwhelmingly won the presidential and general elections but the opposition still refuses to accept the result, saying the poll was rigged.

The clergy said they had noted with apprehension that, four months after the elections, there were no visible prospects for improvement in re-engagement with the international community, economic revival, improvement in education, health, sanitation and food security.

"Our industrial sites carry the appearance of ghost towns because the once vibrant manufacturing sector is now largely moribund. The dignity of our people has been severely eroded as they have become reduced to sellers of cheap products at street corners in our cities in order to survive, " the letter reads.

The bishops said that raw sewage flowing in the streets, water and power cuts, and shortages of medicine reduce people's dignity.

But Zanu-PF spokesperson Rugare Gumbo dismissed the bishops' assertions, saying: "They don't know what they are talking about.

"Where are they getting that? Zanu-PF overwhelmingly won the elections. President Mugabe is in charge and we are going to our conference [in Chinhoyi this week]united to chart the way forward for the prosperity of the country and its people."

He said the country remains largely peaceful and that his party has an economic plan to improve the economy in the next five years, and it should be given a chance.

The bishops have called for a task team to be set up with "the best-qualified experts, irrespective of their political or religious persuasion," to undertake the restoration agenda.