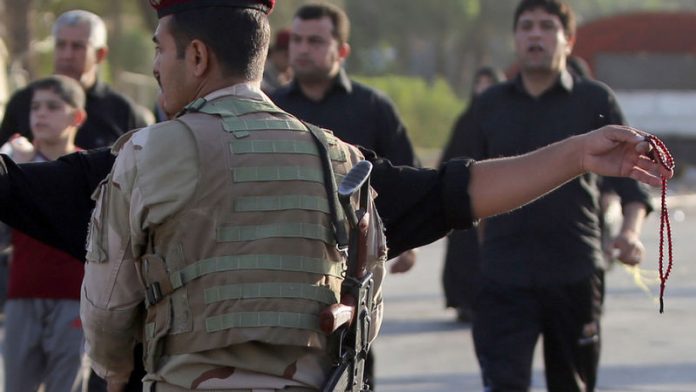 Iraqi security forces on Monday freed hostages at the Tikrit city council headquarters, which was occupied by militants, while a council member and two police died in the violence, officials said.

"We freed all the hostages … and our forces killed one suicide [bomber], but two others blew themselves up," said Sabah Noori, a spokesperson for Iraq's Counter-Terrorism Service.

A police major and a doctor told Agence France-Presse (AFP) a city council member and two police were killed, though it was unclear whether they died during the initial attack north of Baghdad or the later assault by security forces.

The attack began when militants detonated a car bomb at the city council building and then occupied it.

It came after suicide bombers assaulted a police station in Baiji, at town that, like Tikrit, is located in Salaheddin province.

Violence in Iraq
The attacks illustrates the impunity with which militants in Iraq can strike even targets that should be highly secure.

Violence in Iraq has reached a level not seen since 2008, when the country was emerging from a period of brutal sectarian killings, raising fears it is slipping back into all-out conflict.

More people died in the first eight days of this month than in the whole of last December, and over 6 450 people have been killed since the beginning of 2013, according to AFP figures based on security and medical sources. – AFP