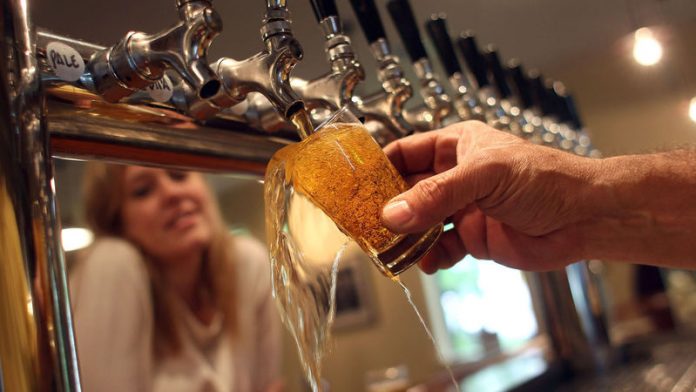 Graham Mackay, the executive who built SABMiller Plc into the world's second-biggest beer maker, has died. He was 64.

Mackay passed away this morning with his family at his side, the company said on Wednesday in a statement.

The native South African stepped down as chief executive officer following surgery for a brain tumour on April 22 2013. He resumed his role as non-executive chairperson on September 5 2013 before again stepping back last month.

Widely regarded by investors as a measured, cerebral and "forward-thinking" company leader, Mackay held a number of senior positions in the group, including executive chairperson, and oversaw a period of growth and expansion in the US, Eastern Europe, China and South America.

"Graham was one of the most inspirational and successful leaders in international business by any measure," John Manser, who was appointed chairperson on Wednesday, said in the statement. "Everyone in the SABMiller family has been blessed by his vision, his loyalty, and his friendship during his 35 years with the group. He will be deeply missed."

Ernest Arthur Graham Mackay was born on July 26 1949 to James, a farmer and former World War II pilot, and Mary Mackay. One of six children, he was raised in South Africa, Swaziland and the former Rhodesia.

"My father was shot down at El Alamein, then in POW camps, and not in great condition physically and mentally by the end," Mackay said in an interview in 2006. "He went off to find his soul in the African bush on plantations. To say it kindly, we lived from hand to mouth."

He was named managing director of SAB in 1997, two years before becoming chief executive and leading the company’s expansion outside South Africa by listing it in London in 1999. He then went on to tap the US market by buying Miller Brewing in 2002.

Mackay oversaw a slew of acquisitions that helped build the maker of Grolsch and Peroni into the world's biggest brewer after Anheuser-Busch InBev NV.

"He had the foresight to see what the future held for the industry" Meyer Kahn, who retired as chairperson of SABMiller last summer, said of Mackay in an interview in 2012. "He had the courage to join what we called the dance of the elephants."

Mackay, who said his favorite of SABMiller's beer was Pilsner Urquell, also engineered the A$10.5-billion takeover of Foster’s Group in 2011, inking the deal for the Australian brewer without even having to visit the country. Since 1999, SABMiller's share price has risen more than sixfold.

Mackay also served as a senior independent non-executive director of Reckitt Benckiser Group and a director of Philip Morris International. Between 1995 and 2003 he was deputy chairperson and then chairperson of Standard Bank Group.

Bridge player
Mackay had been due to take the position of non-executive chairperson in July 2013 at SABMiller's annual general meeting. His surgery meant the planned promotion of chief operating officer Alan Clark to chief executive was brought forward. SABMiller said on Wednesday it will make a further announcement on the appointment of a new chairperson "in due course" and that Manser will defer his previously expected retirement date until 2015.

The company, which said it would keep Mackay's position "under review" pending the outcome of his treatment, announced on June 6 that Mackay had been granted medical leave "to focus on his continuing treatment". On June 12, Reckitt Benckiser Group said Mackay "has expressed a wish to reduce his business commitments" and was resigning as a director.

Mackay, who was a keen squash and bridge player, was married twice, and had six sons. He enjoyed the music of Verdi and Puccini, according to a South African newspaper. – Bloomberg