Five facts to keep you on top of the Premier League 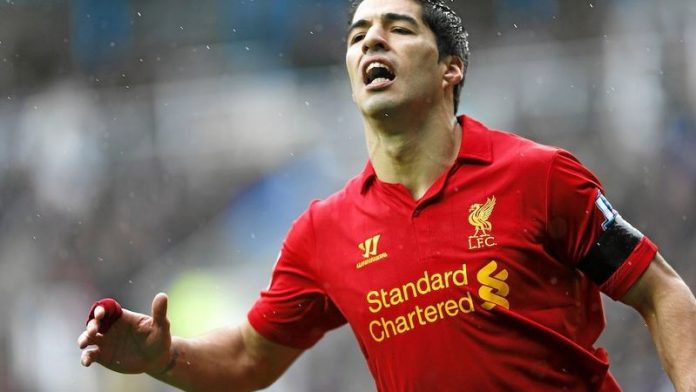 Arsenal's three-month stay atop the English Premier League will end on Monday if it loses to title rival Chelsea in one of the biggest matches of the season so far.

After dropping five points in its last two league games, Arsenal is within range of three teams – Liverpool, Chelsea and Manchester City – heading into the first of four rounds of matches in quick succession over English football's traditionally busy festive period.

Second-place Liverpool hosts Cardiff on Saturday and will move provisionally top for two days with a win at Anfield.

Here are five things to know about the upcoming games in the Premier League:

Arsenal looks to be Christmas No. 1
By kickoff on Monday, Arsenal will have had eight days to get over the humiliation of losing 6-3 at Man City – a result critics seized on as evidence that Arsene Wenger's side isn't ready to challenge for the title.

That came after a 2-0 loss at Napoli, which almost eliminated Arsenal from the Champions League, and a 1-1 home draw against Everton.

The tough run of opponents eases somewhat after the Chelsea match, so staying top of the league by Christmas Day with a win at Emirates Stadium will should see confidence returning among Arsenal's players.

Both teams face a punishing schedule of four league games in a 10-day span, starting on Monday.

Covering for Aguero
City's prolific form of late will be tested over the festive period as top scorer Sergio Aguero will be missing until the middle of January, at the earliest, because of a right calf injury.

The Argentina striker's potent partnership with Alvaro Negredo has been key to the string of impressive results in recent months that have put the team back within sight of Arsenal.

In Aguero's absence, City manager Manuel Pellegrini must decide whether to play an extra attacking midfielder or pair Negredo with Edin Dzeko, who started the midweek League Cup win over Leicester and scored two goals.

"Sergio has had an amazing season, scoring a lot of goals, and he is an important player for us," Dzeko said after the 3-1 victory.

"This [injury] is very bad for the team, but there are a lot of players who want to play."

Fulham has conceded at least two goals in eight of its last nine games in all competitions and is second from bottom.

Cardiff Chaos
Five Premier League managers have lost their jobs so far this season, and it wouldn't be a surprise if Cardiff's alky Mackay became the sixth.

Not because of results – Cardiff is four points above the bottom three and having a solid season in its first year back in the top division – but because it seems Mackay is being increasingly provoked by Malaysian owner Vincent Tan.

First of all, Tan removed Iain Moody, Cardiff's head of recruitment and a close ally of Mackay, in October and replaced him with a 23-year-old friend of Tan's son who had no previous football experience.

Then, on Monday, Tan publicly criticised Malkay for saying he ideally would like to sign three players in the January transfer window, accusing the manager of putting pressure on the club's board by raising fans' expectations.

Mackay said he is "really calm" about the situation and other managers are backing him.

"My only conclusion is you have a business guy [Tan] operating the club who knows absolutely nothing about football," Liverpool manager Brendan Rodgers said Thursday ahead of Saturday's match against Cardiff.

Suarez, Suarez, Suarez?
At his pre-match news conference on Thursday, Rodgers raised a glass and gave a toast to the assembled journalists, wishing them a happy Christmas "and for no Luis Suarez questions."

He said it jokingly, for every media opportunity with Rodgers of late has been dominated by questions about the Uruguay striker.

It's easy to see why.

Suarez has scored 10 goals in his last six games, is the league's top scorer with 17 – even though he missed the first five matches through suspension – and will run away with the player of the year award if he continues his current form.

Rodgers' request fell on deaf ears, although he had no fresh news on reports that Liverpool is ready to offer a new contract to Suarez that would make him the highest-paid player in the club's history.

"I don't think there is any rush at this moment in time," Rodgers said.

"Of course he is a player we want to keep here and build the team around in the coming years."

United recovery
Manchester United may still be eighth in the standings and 10 points off first place, but two straight away wins – one in the league and the other in the League Cup quarterfinals – has put a smile back on manager David Moyes' face.

Moyes was under heavy scrutiny at the start of December after the champions lost to Everton and Newcastle at Old Trafford in the space of four days to leave themselves closer to the bottom three than they were to Arsenal.

It's been that kind of season for United, with inconsistency plaguing the team.

But even without injured Robin van Persie and with Wayne Rooney a doubt because of a groin problem, Moyes' side will be the clear favourite to beat West Ham at home on Saturday.

Aside from its surprise 3-0 win at Tottenham in October, West Ham has scored just two goals in its seven other away games this campaign and is fourth from bottom. – Sapa-AP