Could this be the first physical evidence of Jesus and his family? 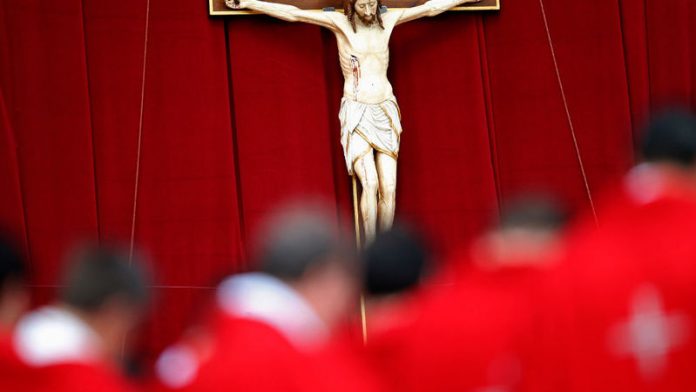 For 2 000 years, pilgrims and archaeologists have hunted for physical evidence of Jesus and his family, without success. But now an ancient burial box claiming to contain the earliest reference to the Christian saviour is about to go on public display in Israel after its owner was cleared of forgery. It has not been seen in public since a single, brief exhibition in Toronto in 2002.

The modest limestone burial box, known as an ossuary, is typical of first century Jerusalem, and is owned by Oded Golan, an Israeli antiquities collector. Chiselled on the side are the words "James, son of Joseph, brother of Jesus."

James the Just was the first leader of the Christians in Jerusalem after the Crucifixion. He was executed for apostasy by the local rabbinical court.

At that time, Jews were not buried but laid in a cave. The bones were collected after a year and placed in an ossuary. Thousands have been discovered, some of them inscribed with names to identify whose bones they contain. One other ossuary mentions a brother.

"This is the oldest evidence that mentions the name of Jesus Christ," said Golan, who bought the box in the 1970s but did not realise its significance until Sorbonne Professor Andre Lemaire noticed it in Golan's collection.

Authenticity
Lemaire published his findings in 2002 and the ossuary was briefly displayed at a Toronto museum, causing a worldwide sensation.

But sceptics questioned its authenticity. In 2003, the Israel Antiquities Authority seized the ossuary and appointed an expert committee who dubbed it a fake. Golan was arrested and charged with forging the mention of Jesus.

After a 10-year investigation and criminal trial, Golan was found innocent of forgery in 2012. Despite the verdict, doubts remain.

"Because of the differences in the depth and the clarity and the kerning between the first half of the inscription that mentions James son of Joseph, and the second half, I'd be willing to wager that the second half was added in modern times," said Professor Christopher Rollston of the Albright Institute of Archaeological Research in Jerusalem.

'No doubt'
But others disagree.

"The inscription is written in the Jewish script, it was done with a sharp instrument and I think it was done by the same hand. It is an authentic inscription," said Professor Gabriel Barkay of Bar-Ilan University.

Golan cites expert evidence from the trial showing the patina – a biological crust formed on ancient objects – inside the grooves of the inscription.

"There is no doubt that it's ancient, and the probability is that it belonged to the brother of Jesus Christ," said Golan.

Although Golan's trial ended last year, the ossuary was returned only a few weeks ago by the Israel authorities. Golan plans to put it on public display, together with the expert opinions from the trial, so that scholars and the public can decide for themselves whether this box did truly contain the bones of the brother of Christ – a unique piece of concrete evidence of the family of Jesus. – © Guardian News and Media 2013

Slice of life: ‘Those people, they have killed Neil’