Kallis: I lost that little bit of an edge 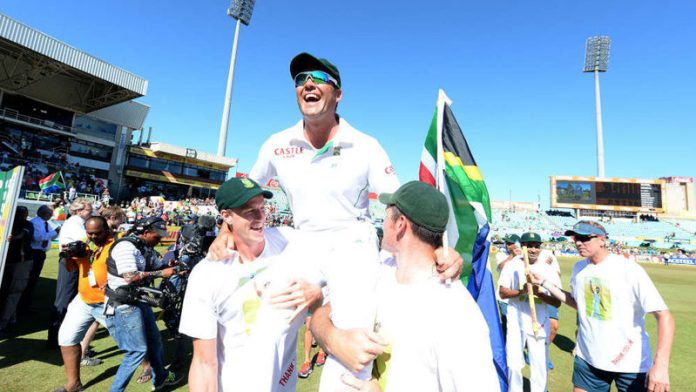 Playing with the grace and poise many players wish to possess at their peak, Jacques Kallis said he knew it was time to call it a day.

Kallis ended his 166-Test career on Monday with a match and a 1-0 series victory over India, in which he contributed a vital knock of 115.

"It was a tough call for me," said Kallis in Durban following the Proteas 10-wicket win. "Eighteen years ago, I was sitting there in the changeroom, and not much has changed."

Kallis, who started and ended his Test career at Kingsmead, said his decision to stop playing Test cricket was purely a mental one. "I just felt I lost that little bit of an edge, because mentally it is quite tough over the five days. If I cant give 100%, I don't want to be bringing a team down.

It was a fairytale ending to a career which spanned three decades. "When I started playing, I said I wanted to leave cricket in a better state than when I joined it and hopefully I've done that."

Kallis said he could still recall his debut Test back in 1995, and how uncertain he felt about his future at the time. "That first Test match I played here, I was a nervous little kid."

"To play 166 Test matches, I don't think anyone ever dreams of that. I am thankful for every game I played, right up until the last one. I always gave everything I had."

Kallis was never outspoken during his career, but with his performances he was forced into the limelight.

With 45 Test centuries and 58 half-centuries at an average of more than 55, he was the rock in the middle order of South African cricket.

"I've always been one that's tried to lead from the front.

"I've never been one to shout my mouth off, I just tried to get the job done. I tried to quietly pass on the knowledge that I have.

"I've always believed you play the game hard on the field without crossing boundaries."

'Play the situation'
Kallis, though, said statistics were never his motivation. "I've never played the game for records and stats.

"I've always tried to make the best calls and play the situation. Records have never been important to me.

Though, undoubtedly, Kallis will have far more free time, he said his focus still lay on the 2015 ICC World Cup in the 50-over format.

"It will be nice concentrating a whole year on one-day stuff and not worry about Test match technique.

"We will manage the workload. I would like to play in most of the one-day cricket.

"I'll just try to become the best player I can. I'll play some T20s, to make sure I keep playing. By the time the World Cup comes – if I am good enough and selected – hopefully I will be playing best one-day cricket of my life." – Sapa