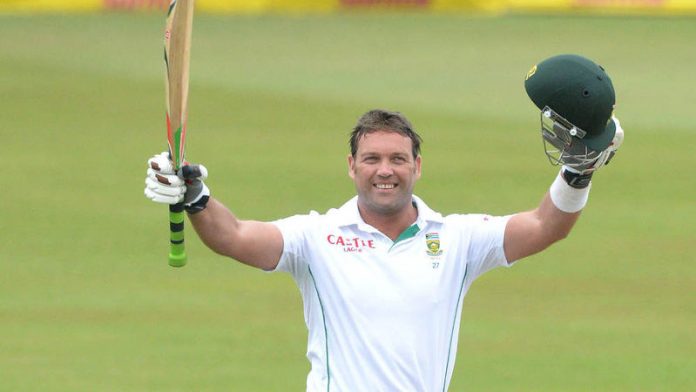 Jacques Kallis bowed out of his final Test match for South Africa playing a crucial part in his team's 10 wicket win over India, and with it a 1-0 series victory, at Kingsmead on Monday.

Notching up century number 45, taking his 200th catch and becoming the third-highest run-scorer in Test cricket, were the milestones Kallis fittingly achieved in the match.

With four out of the five days affected by bad weather, it was Kallis who scored the only ton of the match, his 115 pivotal in the first innings.

Set a target of 58 for victory in the second innings ,Graeme Smith (27) and Alviro Petersen (31) made it to 59 without losing a wicket, to secure the comprehensive win.

When India resumed the final day on 68 for two in their second innings – 98 runs behind the hosts – a draw seemed likely with the unpredictable weather.

The only Indian batsman to offer any resistance was Ajinkya Rahane who bludgeoned his way to 96. He was eventually clean-bowled by Vernon Philander just short of a maiden century playing in only his third Test.

South Africa grabbed five scalps in the morning, after India resumed with Cheteshwar Pujara and Virat Kohli unbeaten on 32 and 11, but neither managed to add to their score. Steyn struck with the first ball of the day to remove Kohli with a short ball which appeared to take the edge into the gloves of AB de Villiers.

Replays, however, suggested the bouncer hit the batsman's shoulder. Steyn struck again dismiss Pujara with a perfect rising delivery which clipped the top of offstump.

A brief period of recovery was cut short for India as Rohit Sharma missed a straight delivery from Philander. Sharma was trapped plumb in front for 25, leaving India on 104/5. Indian captain MS Dhoni was next to depart for 15, flicking Peterson through midwicket but also straight into the hands of Petersen. The capitulation of India's middle order was complete when Ravindra Jadeja (8) was out after facing a mere five balls. He tried to hit Peterson over the top, but skied his shot and Morne Morkel took the catch at mid-off. – Sapa