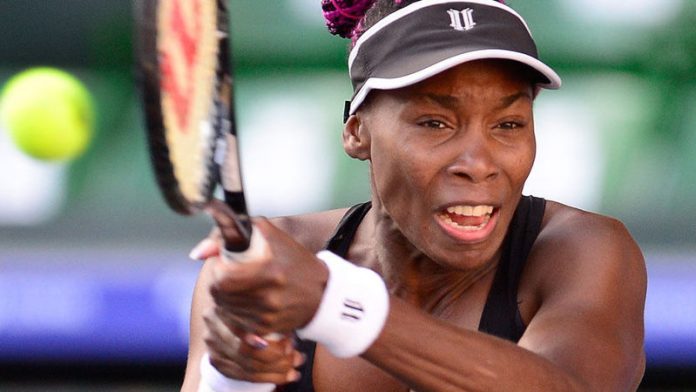 Former world number one Venus Williams battled into the second round of the Auckland Classic on Monday with a 6-3, 7-6 (7/1) win over Czech wildcard Andrea Hlavackova.

The seven-time Grand Slam champion began confidently but could not dominate Hlavackova, ranked 134 in the world, even though she never looked like losing the match.

"I knew it was going to be tough and I was really glad to close it out," she said.

Williams, now ranked 47, is seeking to rejoin the game's elite after two years marred by auto-immune disease and injury,

At 33, she is the oldest player at the Auckland tournament, a warm-up event for next month's Australian Open.

The American, who won her last Grand Slam in 2008, produced a mixed display in her first match of the season, committing 43 unforced errors in the 98-minute clash.

But her trademark booming serve clicked straight into gear as she fired down four aces, with her vast experience showing as she closed out the second set tie-breaker 7-1.

Williams's next round
Williams will meet Austria's Yvonne Meusburger in the next round.

"It's the first match of the season and we're all shaking off a bit of rust," the fifth-seeded Hampton said.