Toure shortlisted for African footballer of the year 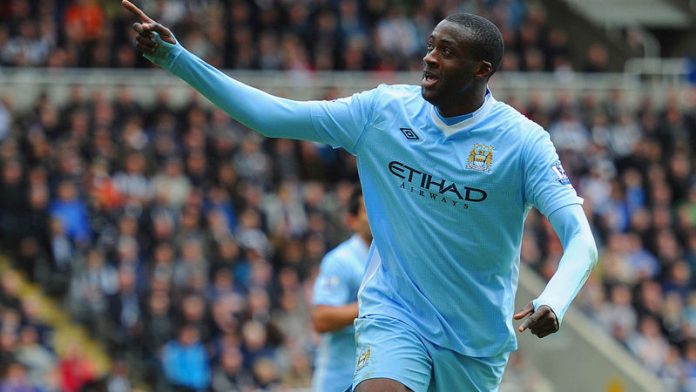 Yaya Toure remained on course to be named African Footballer of the Year for a record-equalling third successive time after being named on Wednesday as one of the three finalists for the award to be handed out later this month.

The Confederation of African Football (CAF) cut the list of candidates for the 2013 award down from 10, with Toure up against his Côte d'Ivoire teammate Didier Drogba and Chelsea's Nigerian midfielder John Obi Mikel.

A poll of national team coaches from all 54 African countries will decide the winner, who will be named at a gala ceremony in Lagos on January 9.

Among those dropped from the list were Mohamed Aboutrika, the veteran Egyptian midfielder who in November steered his club Al Ahli to a fifth Champions League successes inside a decade. Also missing out was Jonathan Pitroipa, the star of the Burkina Faso side who fell just short at the African Nations Cup in South Africa at the start of the year and the World Cup qualifying playoffs.

Both were expected to be the closest challengers to Toure, the favourite in a year in which there were no outstanding individual achievers.

Toure helped the Côte d'Ivoire to World Cup qualification and reaffirmed his position as a leading figure in the English Premier League with Manchester City.

If he succeeds, the midfield colossus will become the third player to win the award three years in a row, matching the achievement of Ghana's Abedi Pele from 1991-93 and Samuel Eto'o from 2003 to 2005.

Mikel is nominated on the back of his role in helping Nigeria to win the Nations Cup at the start of 2013. Drogba is a two-time winner but the Galatasaray striker is a surprise finalists this time round after a year in which he was dropped by the Côte d'Ivoire national team. – Reuters

The curse of the Pep in Yaya’s step

Yaya Toure on a mission to destroy ‘Guardiola myth’

Toure was largely relegated to a watching brief as City stormed to a near-unblemished championship. In total he made 10 appearances in the league
Read more
Sport

Kolo Touré gives all – and jokes about it

Behind the popular defender’s jovial demeanour is a determined player.
Read more
Advertising
Continue to the category
Education