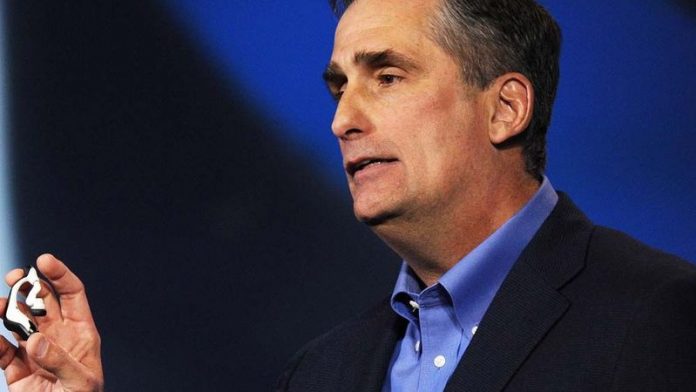 Intel intends to accelerate innovation across mobile and wearable devices – including individual inventors' own connected creations. At the same time, it will address the controversy around conflict minerals from the Democratic Republic of Congo​ (DRC), used in computer chips.

Intel chief executive Brian Krzanich made the announcements on Monday night during the pre-show keynote address at the 2014 International Consumer Electronics Show (CES). His speech painted a vision of how the landscape of computing is being re-shaped and where security is too important not to have it embedded in all devices.

He pointed out that the world is entering an era of integrated computing defined not by the device, but by the integration of technology into people's lifestyles in ways that offer individuals new utility and value. As examples, he highlighted several immersive and intuitive technologies that Intel will begin offering this year. For example, the company is bringing human senses to Intel-based devices in a new family of hardware and software products called Intel RealSense technology.

The initiative is similar to those announced by rival chip-maker Qualcomm last year, in which it foresaw a world of connected devices, especially in health, wearables and automotive technology.

Conflict minerals from the DRC
Intel's chief executive also discussed how Intel is addressing two critical issues casting shadows over the consumer electronics industry: data and device security and conflict minerals from the DRC. He said Intel had achieved a critical milestone and the minerals used in microprocessor silicon and packages manufactured in Intel's factories are "conflict-free" as concluded by third-party audits or direct validation by Intel's supply chain organisation.

"Two years ago, I told several colleagues that we needed a hard goal, a commitment to reasonably conclude that the metals used in our microprocessors are conflict-free," Krzanich said.

"We [Intel] felt an obligation to implement changes in our supply chain to ensure that our business and our products were not inadvertently funding human atrocities in the Democratic Republic of the Congo. Even though we have reached this milestone, it is just a start. We will continue our audits and resolve issues that are found."

Intel inside wearable devices
Krzanich said Intel is actively pursuing a range of products and initiatives, with the goal of accelerating wearable device innovation. Intel's approach to this next evolution in computing is to imagine and create reference design devices and platforms ready for use by customers in developing wearable products, he said.

Intel's chief executive highlighted number of wearable reference devices, including smart earbuds that provide biometric and fitness capabilities, a smart headset that is always ready to engage and can integrate with existing personal assistant technologies to make the consumer experience more intuitive, and a smart wireless charging bowl.

He also announced collaborations with Barneys New York, the Council of Fashion Designers of America and Opening Ceremony to explore and bring to market new smart wearable technologies, and to increase dialogue and co-operation between the fashion and technology industries. He also kicked-off the Intel "Make it Wearable" challenge, a global effort aimed at accelerating creativity and innovation with technology. The effort will call upon the smartest and most creative minds to consider factors impacting the proliferation of wearable devices and ubiquitous computing, such as meaningful usages, aesthetics, battery life, security and privacy.

In addition to developing reference devices for wearable technology, Intel will offer a number of accessible, low-cost entry platforms. These are aimed at helping lower entry barriers for individuals and small companies to create innovative internet-connected wearables or other small form factor devices.

"Wearables are not everywhere today because they aren't yet solving real problems and they aren't yet integrated with our lifestyles," said Krzanich. "We're focused on addressing this engineering innovation challenge. Our goal is, if something computes and connects, it does it best with Intel inside."

"The complexity of keeping digital identities safe grows as mobile applications and devices become a more important part of our daily lives," Krzanich said. "Intel's intent is to intensify our efforts dedicated to making the digital world more secure, and staying ahead of threats to private information on mobile and wearable devices."

Krzanich announced that Intel plans to offer elements of McAfee's award-winning security solutions for mobile devices for free. These data and device protection solutions help guard today's most popular mobile devices, including the iPhone, iPad and Android devices. More details will be announced in the coming months.

As corporate "bring-your-own-device" programmes have grown in popularity, many firms have prohibited Android-based devices that weren't compatible with their companies' security requirements. Intel Security this year will offer Intel Device Protection technology, which will help Intel-based Android mobile devices meet most security standards for use at home and work.

Conflict-free intel microprocessors
The DRC has been plagued for years by regional conflict. According to a report to the United Nations Security Council Committee, a source of funding violence for armed groups includes the trade of mineral products from the DRC. Some of these so-called "conflict minerals" are in many kinds of products, including electronics.

Intel has implemented a process within its supply chain organisation to validate that its sources – the smelters that provide tantalum, tin, tungsten and gold used in microprocessor silicon and packages manufactured in Intel factories – are not inadvertently funding this conflict in the DRC.

Krzanich challenged the entire electronics industry to join Intel in its efforts. – Gadget.co.za