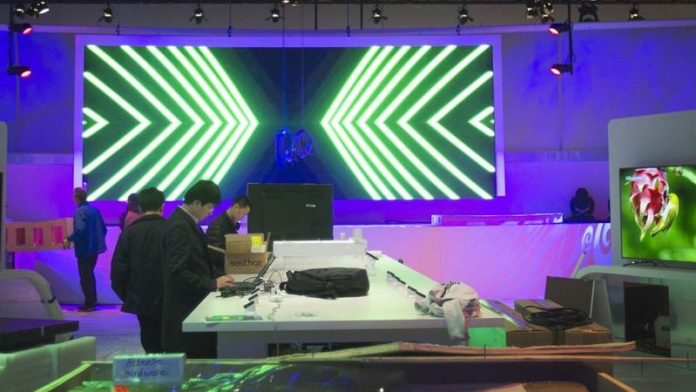 The American creator of streaming TV platforms and devices, Roku, announced at the International Consumer Electronics Show (CES) in Las Vegas on Monday that it would build its own smart TV models in partnership with established manufacturers.

The first partners to manufacture and distribute Roku TV will be TCL, makers of both TV sets and the Alcatel OneTouch phones, and HiSense, which is fast becoming one of the world's leading electronics brands.

The companies will use Roku's new reference design platform and software stack, which could ultimately be licenced to any manufacturer.

Roku chief executive Anthony Wood made the announcement at the Pepcom Digital Experience! media event, which previews the highlights of CES.

"Consumers will enjoy the ease and satisfaction of Roku TV while manufacturers leverage our design specifications, content relationships and software expertise," he said. "At the same time, the content community will gain additional distribution and revenues through an already popular and trusted streaming platform –  now in the TV."

The announcement gives TCL and HiSense –  claimed to be respectively the third and fifth largest global TV manufacturers in the world, together accounting for about 9% of global shipments – a stronger foothold in the American market. Each is showing Roku TV models at CES 2014 as part of aggressive expansion strategies.

Competing with Apple
While Roku did not invent the concept of the smart TV –  a term more closely associated with Samsung devices –  it is the first to combine an established stand-alone video streaming solution with the TV units themselves. A similar device has been expected from Apple for several years, but so far it has remained focused on its set-top Apple TV device. Until now Roku had been seen as competing with Apple, but its new reference design allows it to enter a new market.

"Roku TV gives consumers a Roku home screen that unifies all content sources in one place making it easy to watch live programming, stream a movie or listen to a song in just seconds," a company statement explained. "The TV and the remote control feature only the necessary settings and buttons."

A Roku TV remote control has 20 buttons – which the company claims is half the number found on traditional TV remotes. However, Roku TVs can also be controlled by mobile devices using the Roku app for Apple iOS or Android.

Roku TV models will initially be sold through major retailers in the US and Canada in a variety of sizes, ranging from 32" to 55".

HiSense targets South Africa
Meanwhile, HiSense announced that it is specifically targeting South African retailers at CES. Its new range of TVs that debuted at CES this week, it said, will launch in South Africa in mid 2014.

"The TVs will feature next generation multi-screen capabilities, an integrated media centre, and access to content from live channels that include Video on Demand and Catch Up TV," said Dr Lan Lin, executive vice-president of the Hisense Group. "They also include an array of applications, including gaming, without the need for a set top box; and will provide local access to global content.

"With the introduction of this new range of revolutionary technology, we hope to attract and support the appropriate retailers in South Africa at the CES 2014, ones who share our vision and wish to build a successful brand."

HiSense says the TV units that arrive in South Africa in mid-year will feature an intuitive interface and incorporate cloud connectivity and multi-screen content management services.

HiSense will leverage this functionality to introduce a new channel strategy in South Africa.

"The introduction of new televisions with integrated processing and cloud connectivity is expected to allow retailers in South Africa to sell televisions to new customers in innovative ways without having to take the edge off of local compatibility and format compliance issues," the company announced.

Perceived until now as a low-cost TV producer, the new devices are expected to see HiSense competing directly with the likes of Samsung, Sony and LG. – Gadget.co.za