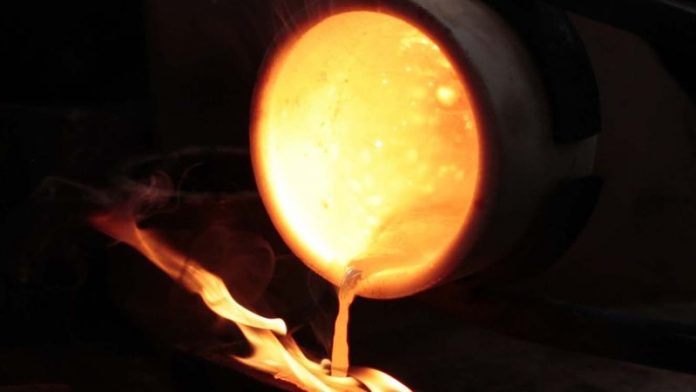 Gold fluctuated after advancing to the highest level in three weeks as investors weighed the outlook for increasing physical consumption in Asia against slowing investment demand.

Gold tumbled 28% last year, the most since 1981, as some investors lost faith in the metal as a store of value amid an equity rally and muted inflation. The Federal Reserve on December 18 said it would reduce its monthly US bond purchases to $75-billion from $85-billion, with minutes of the meeting to be released this week. The premium for immediate delivery in China was $23.15 an ounce today from $15.87 on January 3.

"The Chinese will certainly be looking at taking advantage of these lower prices," said Gavin Wendt, founder and senior resource analyst at Sydney-based Mine Life Pty. "Institutional funds might have one view on gold which is negative but, on the other hand, it seems as though the moms and dads and smaller investors have been buying."

Gold shipments to China from Hong Kong more than doubled to 1 017 metric tonnes in the first 11 months of the year, according to data from the Hong Kong Census and Statistics Department. China probably overtook India as the world's biggest bullion consumer last year, the World Gold Council said.

Holdings in the SPDR Gold Trust, the biggest bullion-backed exchange-traded product, held at 794.62 tonnes yesterday, the lowest level since January 2009, according to data on the fund's website. A total of 552.6 tonnes was withdrawn last year.