Russia amps up security ahead of Sochi Games 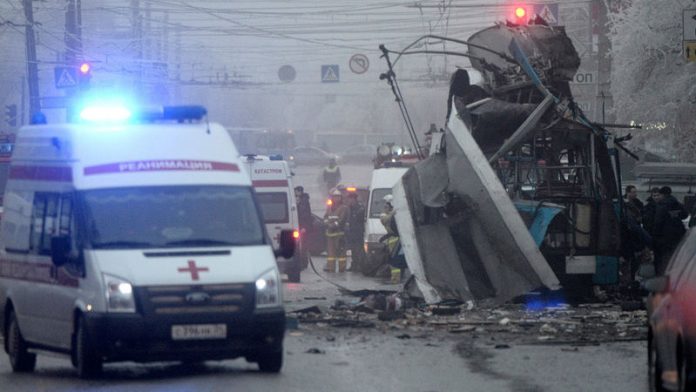 Russia on Tuesday launched the largest security operation in Olympic history with one month to go before Vladimir Putin kicks off the Winter Games in Sochi amid renewed fears of suicide bombings.

A presidential decree came into effect enforcing a so-called "forbidden zone" that blocks highways into the city and prevents even local residents from using roads leading to Olympic venues without special permits.

The prestige project – often referred to as the "Putin Games" and costing some $50-billion – has already been blighted by snubs from Western leaders upset with what they see as Kremlin-backed discrimination against gays and the infringement of many other rights.

Rail station and trolleybus blasts that killed 34 in Volgograd last month meanwhile revived fears that Islamists from the nearby North Caucasus will seek to wreak havoc on the globally watched event.

The feared Federal Security Service (FSB) is in charge of the security clampdown even fiercer than that seen at the 2008 Summer Games in Beijing.

"Starting January 7, all divisions responsible for ensuring the guests' security at the Games are being put on combat alert," Emergencies Situation Minister Vladimir Puchkov said Monday.

Checkpoints
Police manned checkpoints on highways leading into the city, allowing through only car and lorry drivers with special accreditations displayed on their windscreens, Russian television reported.

Within the city, specially marked "Olympic lanes" can only be used by vehicles with permits to access to the venues.

"Entering an Olympic lane without permission will incur a fine of 5 000 rubles [$150]," Ruslan Vasilyev, spokesperson for transport police in the Krasnodar region, told Rossiya 1 television.

Drivers without permits to enter the city must leave their vehicles at car parks at least 100km away and board commuter trains.

Around 12 000 vehicles have received permits to drive into Sochi – 3 000 to deliver essential supplies, while 9 000 have permission to access the Olympic venues, Vesti Sochi local television reported.

Officials asked Sochi residents not to make unnecessary car journeys, while assuring them that there would be no shortages of supplies.

"There will be no lack of food, that is our main task: food and medications and consumer goods.

All the shops, markets and wholesale stores will be working normally," Vitaly Shushpannikov, an official on the Olympic transport committee, told Vesti Sochi.

'Campaign of terror'
Security became an even bigger priority over the summer when a feared Russian Islamist vowed to unleash a campaign of terror against civilians that undermined Putin and kept all Sochi visitors at bay.

The deadly seriousness of the issue became ever more apparent with the twin December 29-30 bombings on the million-strong southern city of Volgograd – a strike for which no one has claimed responsibility but that Russian media linked to Caucasus militants.

Putin called the attacks an "abomination" and assured the nation he would "fight against terrorists until their total destruction".

The strongman's rule has been tied throughout to Caucasus conflicts that began in Chechnya and have since spread across the mostly Muslim region that guerrillas want to turn into their own state.

But Putin has also been extremely sensitive about perceptions of Russia as weak, and has thus far baulked at security assistance offers from nations such as the United States.

The Pentagon reaffirmed on Saturday that it was ready to help in Sochi "if requested". – Sapa-AFP