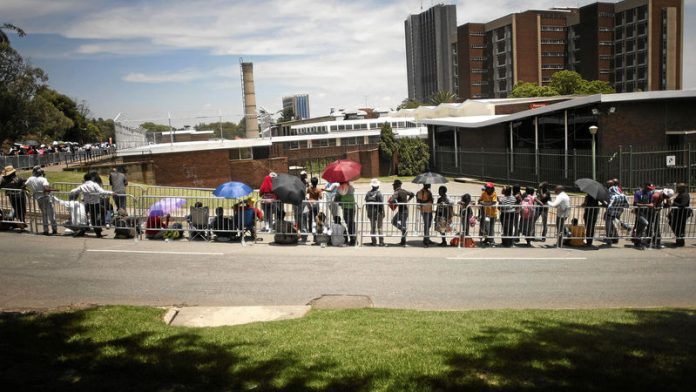 As thousands of matriculants celebrate the release of their results on Tuesday, universities warned they would not accept walk-in applications.

TUT registrar Prof Steward Mothata said most of the university's programmes were full for 2014. "Although the university has received more than 80 000 applications for first-year programmes, TUT can accommodate just over 14 000 first-time entering students at all its sites in 2014," he said in a statement.

UJ registrar Prof Kinta Burger said the institution could only accommodate about 10 500 first-year students. "UJ will review the status of all applicants based on the applicants' final Grade 12 results between January 7 and 9. All applicants will receive an SMS during this time which will confirm their final application status," she said.

Nicolize Mulder from UP said they had space for 10 500 first-year students and these had already been filled.

All three universities said they would not accept any walk-in applications and urged prospective students to make use of their websites.

Stampede
"UJ does not accommodate any on-campus late applicants. All enquiries regarding late applications, space availability or the change from one programme to another will be dealt with off-campus via a virtual UJ mobi enquiry system or the UJ call centre," said Burger.

Universities put an end to walk-in applications when a prospective student's mother was killed and 17 people were injured in a stampede at UJ in 2012. Students were queuing for last-minute applications to the tertiary institution at the time.

Mothatha said students who still wanted to study at TUT this year had to submit an enquiry for the programme they were interested in between January 9 and 12 and, once accepted, apply online. He added that the list of programmes that still had space available would be updated daily, but emphasised that all enquiries had to be submitted via TUT's late application enquiry system. – Sapa

Online learning must remain a key component of teaching systems