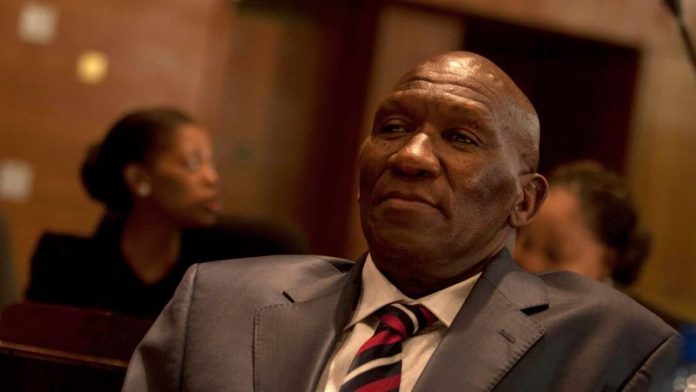 The death of police divisional commissioner General Layton "Sean" Tshabalala and the publication of an anonymous "hit list" of senior officers to be "dealt with" has inflamed fears of a purge of former Umkhonto weSizwe cadres from the police service.

The SAPS is already reeling from destabilising power struggles, particularly around control of the strategic crime intelligence division, which have been interpreted as feeding into the factional battles in the ANC.

The list was circulated to journalists in recent weeks before its existence was publicly disclosed by former national police commissioner Bheki Cele at Tshabalala's memorial service on Saturday.

Tshabalala, a former MK commander, topped the list, which he appears to have been aware of. In a complaint addressed to police commissioner Riah Phiyega in December (amaBhungane has seen an unsigned copy), Tshabalala says his experience appears "to confirm the thoughts of those that appear on the so-called target list".

Suspicious death
Tshabalala, the head of the police inspectorate division, died at his office on the night of Monday Decem­ber 23 last year, but the cause of his death is still being investigated.

Cele was seen as a key strategist behind the anti-Jacob Zuma faction before the ANC's Mangaung conference and retained significant support, despite the Zuma landslide.

Cele, said to have been "smuggled on to the funeral programme", also used the occasion to reveal that Tshabalala had complained to him about being sidelined by SAPS management.

Some sources suggested that his disclosure of the list at the memorial service was a calculated ploy linked to ANC factional struggles.

The disclosure prompted an emergency meeting between Police Minister Nathi Mthethwa and most of the 18 named brigadiers and generals on Monday. He cut short his trip to Mpumalanga to attend the ANC's national executive committee gathering to meet the police officials.

At a media conference afterwards, he strongly denied the validity of the list and the suggestion that those named were being targeted. "This is hot air. It is rubbish. Somebody concocted this … to distract [us]," he was quoted as saying.

Sidestepped issue
But several of the named officers, who spoke anonymously, said Mthethwa sidestepped the issue.

"The request to the minister was that this list be investigated, but he brought the media into the meeting before there was a meeting of minds," one said. "It was a staged meeting for the purpose of issuing a statement, not addressing the concerns.

"There is a perception that there is a strategy to prevent MK and ANC people from getting into the top security positions that must be [filled] from the old order or the homelands. We don't know why, but there's a possibility it's because those people can be manipulated …

Another official on the list said the group tried to impress on Mthethwa the importance of an investigation to establish whether the list was credible.

"Tomorrow somebody on that list dies in a car accident – what are people going to think? People die, and there are a lot of names there. [If that happens] there will be a lot of trouble for the police. Of course we need to investigate it."

Speculation
Like others involved, he would only speculate about the author of the list or its larger intent.

"Is it political? It doesn't look like it to me. I think somebody wants to get rid of some people and some other people got added, and now there is a list. It's office politics, you know; I don't see more than that."

But the core of the list belies that view. Fifteen of the 18 are former MK cadres. Phiyega's office claims that about 1 200 policemen are MK veterans, but the 15 on the list are among the most senior.

A source who has been briefed by several of the listed individuals said: "This is the time when the ANC guys who came in [around] 1994 [or] 1995 are reaching the top level. The worrying thing is that no one has really suggested this is a push-back by the old order in the SAPS. It seems to emanate from within the ministry or the ANC itself.

"And the list has proved accurate. At the time it came out, only [acting crime intelligence boss] Chris Ngcobo was suspended … Now there are moves against just about all of them. It raises eyebrows."

Ten of the 18 are current or former senior members of crime intelligence or the VIP protection service. Both divisions are considered politically sensitive. They include:

Said one source: "We hear that there is now a new instruction to get the files of all former MK members and do a qualifications audit [because] they are slipping through the system. But many of us were trained in Cuban or Russian institutions and under pseudonyms.

"This was not an issue during the integration process. Why is this coming up now?"

The list appears to include several officers identified as being too close to former president Thabo Mbeki as early as 2009, when Cele, then regarded as loyal to Zuma, was appointed national commissioner. They include:

Said another source: "In regard to both Kruser and Tshabalala, there was a perception of an element of defiance, that they had no due regard for Phiyega's authority. Because of their MK background, there was a notion that they can stand up to Nathi, because they are senior to him in the ANC pecking order."

Others on the list are counterintuitive at first glance:

Phiyega's office referred questions to Mthe­thwa's spokesperson, Zweli Mnisi. He stated on behalf of the ministry: "We are not commenting on information peddling or peddlers."