Now we reap the wonder they sew with Keiskamma Tapestry 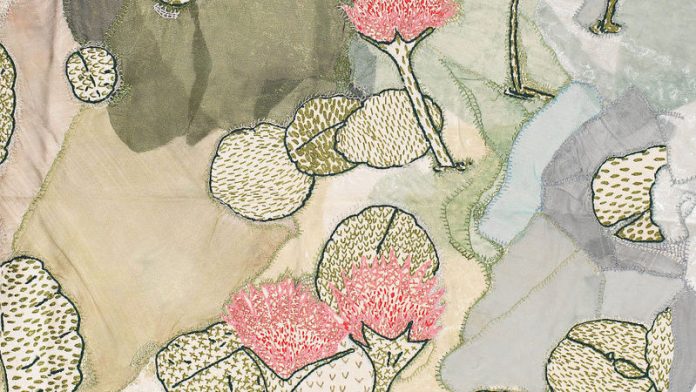 The filmmaker David Lynch was on to something when he said: "If we didn't want to upset anyone, we would make films about sewing, but even that could be dangerous."

On the walls of a long, dim passage, hanging from a row of coat hooks in the Houses of Parliament in Cape Town, fabric was pricked by needles – weapons used to raise keloid images, stitch by stitch, of the frontier wars and the resultant rivers that once ran red with blood.

The embroidery stitches make up the 120m-long Keiskamma Tapestry, reputedly the longest of its kind in the world. It shows images of the layered history of South Africa, starting with the first people, the Khoisan, and ending with the first democratic elections.

Its origins began 13 years ago when the founder and current art director of the Keiskamma Trust, artist and non-practising medical doctor Carol Hofmeyr, and her husband, Justus, settled in Hamburg in the Eastern Cape.

Carol intended to live a retiring, simple life making art, but fate had other plans for her. Moved by the poverty of the local people, she began embroidery classes to create income for them, and as a kind of therapy.

What began with embroidered cushion covers developed into the Keiskamma Tapestry. It took the hands of 100 women from Hamburg and its surrounding areas one year to produce it. Although the tapestry and panels are often joint collaborations, all involved are acknowledged with their names stitched into it.

It was inspired by the Bayeux Tapestry, a pictorial rendition of the conquest of England by the French, led by William the Conqueror in the 11th century. Charles Dickens was disparaging about it but then not all literary geniuses are visually literate.

But another 19th century man, William Morris, the father of the Arts and Crafts Movement, was so impressed by it that he reproduced it. The movement came about as a reaction to the social and aesthetic fallout of the Industrial Revolution. Morris strove to reunite art and craft and rejected mass-produced goods.

He was influenced by the writer John Ruskin, who was an activist for social justice and deeply concerned about the exploitation of the poor; he rejected the commercial economy of the time.

In many ways the Keiskamma Trust embodies much of what they believed in. It also reflects Carol Hofmeyr's belief in the importance of the artist within and the facilitation of a sense of self-worth by making connections between people, their history and the environment.

Although both creations  are called tapestries, this is not strictly correct; they are embroideries. Tapestries are done on a loom.

The images are stitched between borders of geometrical friezes. Although the images are of varying visual standards, the observation of vegetation, animals and people is intense, as is the historical research.

Using black stitches on a plain ground, the artists have created traditional warriors far more sophisticated than those of the Bayeux Tapestry and as dramatic as the stylised images of warriors on ancient Greek vases. This applies equally to the detail of the British troops, from the scarlet uniform of the colonel of the 7th Dragoon Guards to the green tartan trews of the private of the 74 Highlanders, and of the Nguni cattle — from their highly individual hides come poetic names such as Fly in the Milk.

Tapestries are found all around the world, in illustrious castles and cathedrals, museums, galleries and public buildings. One cannot help but be impressed by the sheer scale and fine detail of them and other wall hangings.

But it's the smaller botanical works that get my vote. These are not your roadside lappe (rags). They have class, great aesthetic appeal and a colour sense as sophisticated as Persian miniatures.

They often have a winning combination of strict adherence to botanical accuracy and the individuality of the artists' compositions, unique arrangements and interpretations, creating curious spatial ambiguities.

The botanical work exhibited at the Keiskamma Trust's stand at Cape Town's first Art Fair re-affirmed how the status of so-called craft is, at least in this instance, on a par with fine art.

So whether you own a schloss or a chateaux and want something original for your draughty halls, or you're the bishop of a cathedral and you want a tapestry that doesn't clash with the stained-glass windows or your cerise robes, or even a corporation that wants to show it has arrived, these tapestries will prove it.

And for ordinary folk who want to invest in a South African aesthetic that supports an inspiring organisation, the botanical panels and the wire-and-felt constructions are highly desirable.

Order your own comical felt-and-wire, 3D flying pelican or ancient mountain tortoise online from the trust, or choose from other beautifully crafted work. Visit keiskamma.org, email [email protected] or phone Cathy Stanley on 079 425 3226

The long stretch of imagination