Why did Chris Whitfield jump ship? 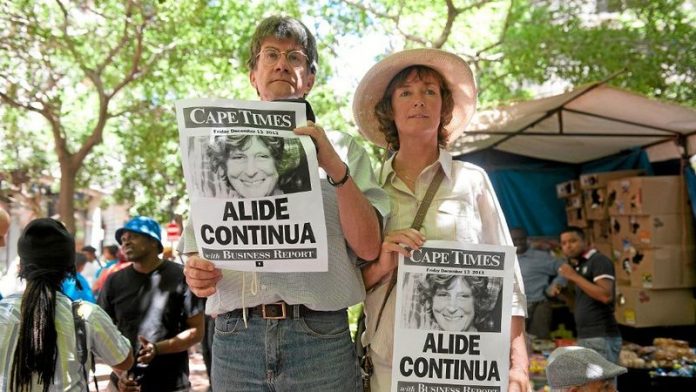 A recent Cape Times opinion article criticising the paper's coverage of Nelson Mandela's death was the last straw, insiders say, for a senior editor who is now bowing out of Independent Newspapers.

Chris Whitfield, the editor-in-chief of the group's Cape titles, said this week that he would take "early retirement" but would not comment on his reasons. Whitfield's departure follows the fracas sparked by the dismissal of Cape Times editor Alide Dasnois by Independent's new owner, Iqbal Survé.

Dasnois has confirmed that she has lodged a dispute with the Commission for Conciliation, Mediation and Arbitration, due to be heard on January 24.

According to senior Independent staffers who asked to remain anonymous, employees are "paranoid" about their future in the company, with some warning of a coming "exodus" owing to unhappiness over Survé's ­management style.

Dasnois was told not return to work last month after she ran a front-page story on a report by the public protector that implicated Survé's company, Sekunjalo.

This was folded inside a wrap-around feature on Mandela, who had died the night before.

Employment options
Survé later said he did not fire her but offered her a different position in the company.

After Dasnois was removed, the newspaper published numerous letters and opinion pieces both criticising and supporting Survé's decision.

Shortly before Christmas it published a piece by Zenzile Khoisan, a former reporter at the Cape Times's sister newspaper, the Cape Argus, complaining that its Mandela coverage was "at best, mediocre and at worst, a betrayal of everything this entire fourth estate is about".

Khoisan, said to have been dismissed from the Argus after serious disciplinary incidents, accused Dasnois, Whitfield and assistant editors Tony Weaver and Janet Heard of a "spectacular lapse in editorial judgment".

He allegedly complained that the article was inaccurate and that it would be "inappropriate" to publish it as the ex-staffer may have had an axe to grind with Whitfield and others.

Other staff worried that Khoisan's article might have been "co-ordinated" from above, because he emailed it directly to Survé, who then passed it down the line through group executive editor Karima Brown.

Abarder said: "The piece by Khoisan wasn't commissioned. Khoisan offered it to me personally. It was my prerogative to publish the piece.

"There were a range of opinions in the wake of Alide's departure and I ran all of them in the Cape Times in the interests of fairness and balance."

Editorial 'commissariat'
Senior staff are concerned that Survé is assembling a group-level hierarchy above the individual editors, led by Brown and an executive to be appointed to be in charge of opinion and analysis.

One observer worried that this might serve as an editorial "commissariat" that could dilute editors' independence.

Brown said: "As the group executive editor, I deal with all matters editorial in consultation with all line functionaries of all platforms, especially all editors. In line with this practice, I forwarded the piece to Abarder, the Cape Times editor, for his consideration. The decision to run with it was his to make."

She added: "The piece was brought to my attention by the executive chairperson because it was sent to him by the writer."