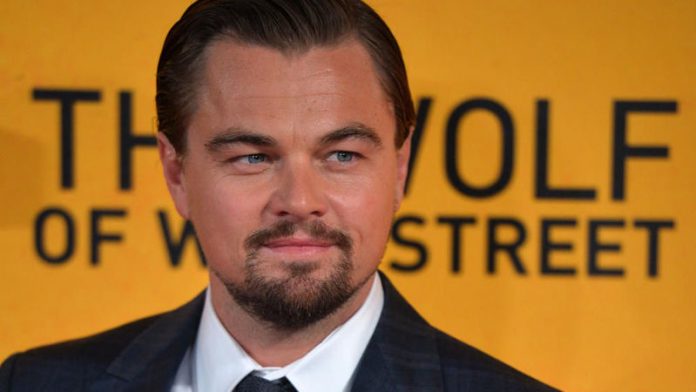 Martin Scorsese devotees have grown so used to the sight of their hero idling at half-speed, mired in respectability, that any film with some fire in its belly can feel like a glorious resurrection. The Wolf of Wall Street, praise be, is the director's most exuberant and exciting picture in years – certainly since The Departed, possibly since Casino.

Here is a white-collar crime caper that stirs golden memories of the Scorsese back catalogue, often quite knowingly and sometimes to a fault. Watching it is like observing an old dog by the fireplace, kicking its legs against the blanket as it dreams of chasing rabbits in its youth.

Leonardo DiCaprio cranks the volume up to 10 for his performance as Jordan Belfort, a kind of discount Gordon Gekko, who establishes a brokerage house in a strip mall by the freeway, peddling penny stocks to the poor and the desperate. But Jordan dreams big and sees his fantasies made flesh.

Before too long he has the estate on Long Island, the fleet of luxury cars and a nubile trophy bride he refers to as "the duchess"(Margot Robbie).

On screen, in bespoke TV commercials, his company – Stratton Oakmont – is presented as a rock of financial probity, a gilded US institution. Down in the boiler room, however, one finds a nightmarish circus of dwarf-throwing contests and rollerskating chimps; a world in which nobody knows anything and the product is vapour.

"Stratton Oakmont is America!" bellows Jordan, camped out at the front desk like some demented MC. How scary it is to realise that he may just be right.

Rhythm
All the while The Wolf of Wall Street runs to a switchback rhythm of slow-motion and freeze-frames and bragging justifications to camera. It adopts a trusty tabloid tactic of shouting Jordan's excesses to the rafters and then condemning them in the small print.

It is, put simply, a pantomime GoodFellas, played largely for laughs, with DiCaprio in the Ray Liotta role and Jonah Hill installed as a more cuddly version of Joe Pesci, a hazard to himself and to those close by.

It's no spoiler to reveal that Jordan's luck eventually runs dry; it's the in-built trap of every cautionary tale. He rises too quickly and comes down with a bump, strung out on Quaaludes, his marriage in tatters, the feds closing in.

"Oh yeah, it's a Greek tragedy!," he yells at the duchess during one of their domestics, although in this case he exaggerates.

The Wolf of Wall Street, for all its abundant appeal, is no Greek tragedy. It lacks the wildness of Taxi Driver, the jeopardy of GoodFellas and the anguish of Raging Bull.

Far better to view this as a stylistic homage, a remastered greatest hits compilation, an amiable bit of self-infringement.

So many directors have built a career from ripping off Scorsese; it's hard to begrudge Scorsese wanting a piece of the pie. He gives us a film that is polished and punchy, chock-full of beans and throwing out sparks. He's enjoying himself and the fun is infectious. – Guardian News & Media 2013