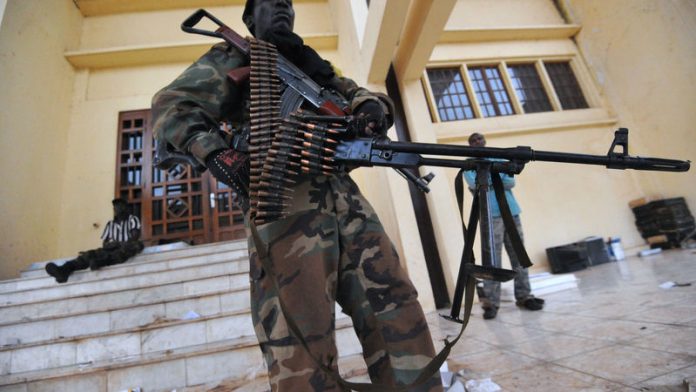 A special session of Parliament convened on Tuesday to elect a new interim president for the Central African Republic, as the country bids to put months of brutal bloodshed behind it.

Following a period of sectarian violence, including reports of cannibalism, life appeared to be gradually returning to normal in the poor landlocked country of 4.6-million people.

The 135 members of the transitional ruling body (CNT) have two weeks to pick a new interim leader after former president Michel Djotodia stepped down last week under international pressure.

Djotodia, the first Muslim leader of the mainly Christian country, came under fire for failing to prevent sectarian violence in the wake of a March coup.

He proved unable to control his Seleka rebels who went on a spree of looting, killing and raping, sparking revenge attacks from Christian militias set up to defend against them.

Candidates
However, in the wake of Djotodia's resignation, there have been scenes of reconciliation between former enemies in some areas and deserting police and soldiers have begun to return to duty.

For the first time in weeks, police vehicles were patrolling the streets of the capital Bangui on Tuesday after a quiet night with no reports of looting.

According to political sources, there are likely to be 10 or so candidates to fill the void left by Djotodia, including the current interim leader Alexandre-Ferdinand Nguendet.

However, whoever is elected interim president will not be able to stand for elections due to be held no later than the first half of 2015.

Ten months of violence have displaced a fifth of the country's population of 4.6-million people, and the sectarian flare-up has killed more than 1 000 people in the past month alone, despite a French military intervention and the presence of an African peacekeeping force. – Sapa-AFP