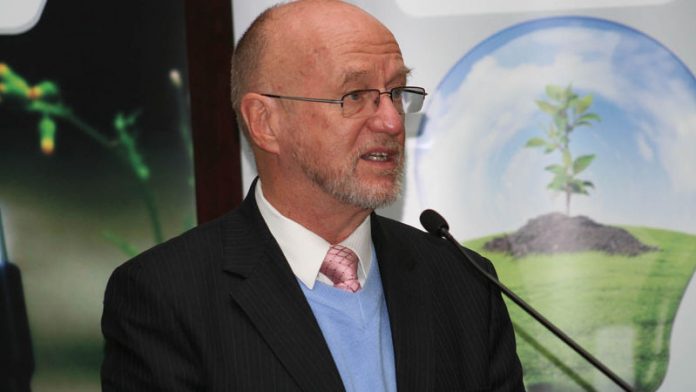 Science and Technology Minister Derek Hanekom on Tuesday launched the country's bio-economy strategy, a road map on how to develop South Africa's natural biological resources into commercial products in health, agriculture and industry.

The bio-economy strategy, which has taken more than seven years to develop, would focus on health, agriculture and industrial applications, and aims to facilitate the development and manufacture of biopharmaceuticals and vaccines, biofuels; improve and adapt crops and remedy industrial and municipal waste.

Ben Durham, chief director for bio-innovation in the department, said: "The strategy involves the development of products and services, not because it's a really interesting academic idea, but because there's a real-world need in government, industry, filling a market need."

"We are confident that the strategy we are launching today will address the full value chain, going beyond the mere generation of new technologies to ensuring that technology development is informed by the needs of the country and the people, and that social and economic value is generated," said Hanekom.

Neither Durham nor Hanekom were able to say how much money would be allocated to the different projects.

However, even if the strategy did not receive extra money, it would still make in-roads in improving the space and increasing impact, Durham said.

"It's not just about additional money, it's about harnessing existing money in a more efficient way. We need to increase greater co-ordination and find mechanisms to achieve that, bring the critical partners together, see who is doing what," said Hanekom.

Glaudina Loots, the department's director for health innovation, said the previous biotechnology strategy of 2001 focused on "what is easy to commercialise, not what is actually needed in South Africa".

She said that the hope was for the bio-economy to account for 5% of gross domestic product by 2050, "maybe before that".

South Africa is suffering from the plague of political amnesia

Highlights worth looking out for at Africa’s Travel Indaba

Search for ways to stop the land slide

‘He was like a loving father,’ says community member of murdered teacher in Philippi, Western Cape
Advertising