The most desirable gadgets in 2014 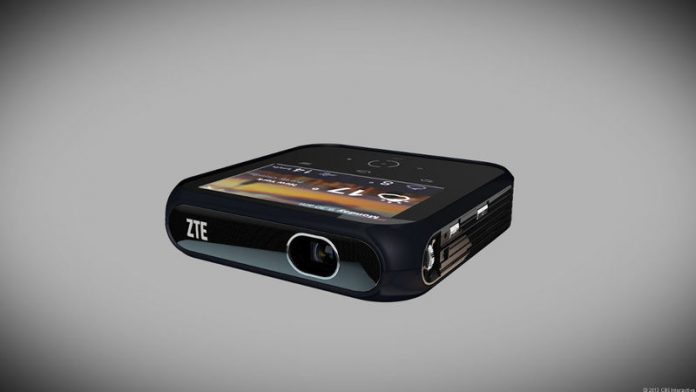 It's fairly easy to tell which new gadgets launched at last week's International Consumer Electronics Show (CES) in Las Vegas will make a big impact in 2014. They are the ones that managed to rise above the tsunami of attention paid to wearable devices. No, you didn't have to be part of the "wrist revolution" to get recognition at CES.

These are some of the devices that stood out above the crowd, and earned the applause of the media and show-goers alike:

Parrot Minidrone
The AR Drone quadricopter was one of the great new toys of the past five years, but also established itself as both a creepy and a liberating surveillance device. Now Parrot have launched the Minidrone, a scaled-down version piloted via Bluetooth Low Energy, and compatible with Android, Windows and iOS smartphones or tablets.

It also comes with four blades, but weighs only 50g and almost fits in the palm of the hand. That means there's no room for an HD camera and video recording, but a downwards-facing high speed camera helps keep control – and will no doubt also be put to surveillance use. Detachable wheels allow it to drive around on the ground or climb walls. It will be cheaper than the Drone 2.0, but don't expect much in the way of battery life.

Garmin nüvi 2798LMT
The new nüvi, with 7" display, offers a feature that was previously only available on high-end luxury vehicles: a backup camera. That doesn't mean it backs up your data, but rather gives you a rear view of what is behind your car when you are reversing. It's wireless, meaning that you don't need much extra wiring to make your VW think it's a Volvo.

When wired to the reverse lights for power, the live camera feed displays every time the vehicle is shifted into reverse. A button press toggles between camera and navigation modes if the camera is plugged into constant power.

LG 77" Curved OLED TV
LG Electronics won this year's TV wars at CES. It was no doubt their turn, given last year's dominance by Sony, and the previous year by Samsung. But what a way to take the lead: a flexible OLED TV is not only a curved TV unit – Samsung also unveiled one with UHD display – but it also lets viewers adjust the angle of curvature with their remote controls.

For once, it wasn't hype when the chief executive said: "LG's Flexible OLED TV is a product that has to be seen to be believed, because it defies description."  HH Ha, president and chief executive of LG's Home Entertainment Company, summed it up neatly when he added: "What curved is to flat, flexible is to curved."

Samsung Galaxy NotePro 12
Samsung wasn't out of the picture. It crushed all comers in the tablet arena, with the launch of a new range of galaxy Tab and Note devices, and taking the maximum standard tablet screen size from 10.1" to 12.2". The stand-out device is the  Galaxy NotePro 12.2, which swept the boards when it came to awards for tablets launched at CES.? Along with the TabPRO, it claims the world's first 12.2" WQXGA widescreen (16:10) display, with 2560×1600 resolution. Translation: pretty sharp.

Its magazine-style user interface is  optimised for a large screen, allowing users to organise content in a dashboard with automatic feed or news updates. A multiwindow feature lets users split the screen into four different windows. The Samsung S Pen is included, while a Pen Window allows users to draw a window of any size on the screen, and instantly access in-application features within the window.

ZTE Projector Hotspot
It claims to be the world's first all-in-one wifi hotspot and portable projector, making it ideal for home or boardroom. It's a compact 4.7×4.7×1.1" device, with a 4" capacitive touchscreen, running on Android. The combination of the operating system and wifi means content can be run directly off the internet, or shared from the device to other devices in the room – up to eight can be connected. Oh yes, it projects images too, up to 120" in size.

It supports multiple inputs, including linking to a laptop through HDMI, or mirroring a smartphone screen via wifi display. A 5000mAh battery means smartphones can also tap into it as a portable charger.

MakerBot Replicator Mini
While 3D printing was all the rage at CES, most of these devices for "printing" solid objects are out of reach of the ordinary consumer. Market-leader MakerBot is slowly getting there, though. Alongside the new high-end $6 500 Replicator Z18 and mid-range $2 900 Replicator prosumer, it also launched an "entry-level" $1 375 Replicator Mini. Remarkably easy to use, it is intended to produce both toys and prototypes or complex models of objects that will be mass produced more conventionally.

Using a Smart Extruder nozzle, it converts filament stored in cartridges in the device to produce solid objects up to 4x4x6" in volume. Astonishingly, there is only one button on the device: it's primarily controlled via desktop or mobile app. Now you can build the future yourself.

Razer Nabu smartband
Okay, okay, wearables really will make a splash this year, so let's end with one. The best one. Entertainment device manufacturer Razer won Engadget's People's Choice award in a public vote, with the Nabu smartband. Newcomers to wearables, Razer ignored the rules and built on an open platform that links to smartphones, collects physical data and communicates with other users' bands.

It does what is now the usual, like tracking fitness data, location, sleep data, and biometrics. Band-to-band active and passive communication makes it a 4Square for the wrist, allowing users to find nearby friends. In future, it may even link you to healthy restaurants – and let you share the experience. That's both the good news and the bad news. Can you say "oversharing"? – Gadget.co.za