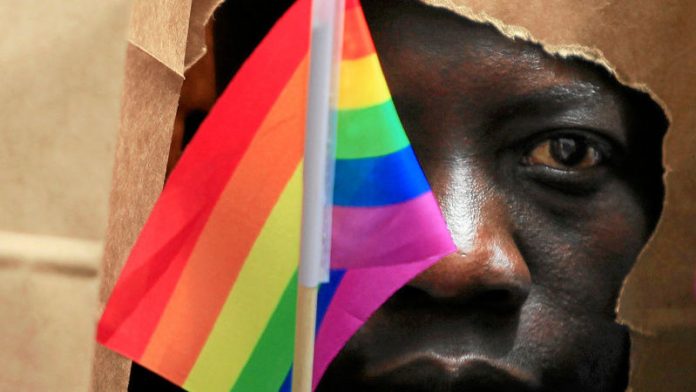 Uganda's president will "moderate" an internationally condemned anti-gay Bill before approving it as a law, according to one MP.

President Yoweri Museveni has been quoted as saying he won't be rushed or pressured into approving the controversial Bill – which was passed by Parliament on December 20 and prescribes life in jail for certain homosexual acts – without studying it carefully.

The Bill requires Museveni's signature within 30 days of it being tabled before him to become law, according to nongovernmental organisation the Human Rights Awareness and Promotion Forum.

The organisation says the law can also come into force if the leader does nothing within 30 days of this period and the speaker brings it before Parliament to be tabled.

When asked about his reading of the situation, Dr Sam Okuonzi – who chairs the parliamentary committee on foreign affairs – told the Mail & Guardian: "The president has made up his mind. He will sign the Bill but before that he is going to build consensus to moderate the Bill and remove some very harsh provisions, so that we can have an ­agreeable foreign policy and ­international relations."

Watchful eye
The legislation calls for prison for members of the public who fail to report same-sex activity and bans the "promotion" of homosexuality.

The European Union, the United States and the United Kingdom are among those who have spoken out against the law, which Archbishop Desmond Tutu has compared to apartheid. In the past, Sweden and the UK threatened to cut aid if the Bill was passed.

Okuonzi said Western donors could do so if they wished but homosexuality, which was "offensive to our culture", must be "outlawed from our midst".

"Besides, if we have to get aid, we can and will turn to countries that respect our values, such as China," he said.

"We have also, as MPs, reached the conclusion that the West is using aid to bully us and to apply double standards on this matter. Compare [this] with Russia, India and Nigeria, where the habit has also been outlawed but the West did not go into convulsions as it has done with Uganda."

Opposition
One newspaper has claimed Museveni faces opposition from within his National Resistance Movement (NRM) party and a religious faction over the legislation.

The president has been doing the rounds at religious functions over the holiday period. He will convene a meeting of the NRM caucus early next month, at which the anti-gay Bill will be discussed.

According to the East African, Museveni has been left "walking on banana peels in a confrontation that leaves him few options on a highly charged subject".

Okuonzi said any revolt in the NRM over the law could define the voting pattern and politics in 2016, when an election is due. "It is that serious," he said.

"Museveni may be worried about the aid restrictions mainly because we already have restrictions due to failure to fight corruption, which his government is not ready to deal with," he said.

If and when the legislation is approved, enforcement may be another issue.

No convictions
On Wednesday, the Human Rights Awareness and Promotion Forum launched a report that found that, although laws criminalising same-sex conduct in Uganda have existed since it became a British protectorate late in the 19th century, arguably no single conviction or even acquittal has been recorded in the country's legal history.

"Nevertheless, the laws are used every day to intimidate, harass and degrade lesbian, gay, bisexual, transgender and intersex people," the study says.

But one HIV-positive transgender Ugandan said it doesn't matter whether Museveni approves the Bill.

"People think it's already a law," she said. "This is the local people [who are] illiterate. They're planning to beat us."

Meanwhile, the Guardian reports that dozens of gay men are said to have been arrested across northern Nigeria as police begin to enforce punitive new laws that criminalise same-sex marriages and membership of gay rights organisations.

Last week Nigeria's president, Goodluck Jonathan, signed the Same Sex Marriage Prohibition Act, which imposes penalties of up to 14 years in jail for a gay marriage and up to 10 years' imprisonment for membership or encouragement of gay clubs, societies and organisations.

His spokesperson, Reuben Abati, said: "It is a law that is a reflection of the beliefs and orientation of Nigerian people. Nigerians are pleased with it."