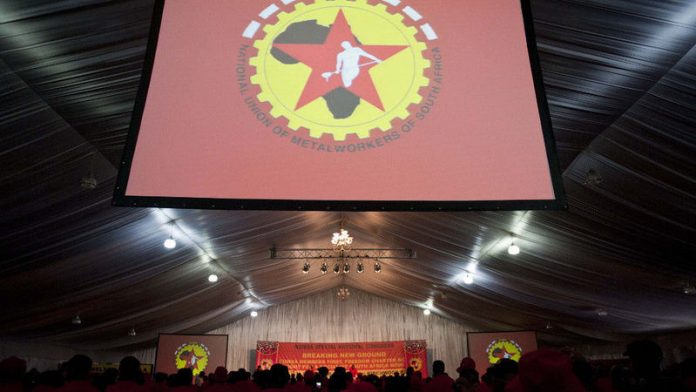 At its special national congress last month, the National Union of Metalworkers of South Africa took a significant decision not to support the ruling ANC in the next elections.

Numsa is the largest union affiliated to the troubled Cosatu and its clout is considerable, so its decision is a turning point for the country's politics.

Numsa supports socialist ideas and, as a result, at the congress it resolved to explore establishing a movement for socialism "as the working class needs a political organisation committed in its policies and actions to the establishment of a socialist South Africa".

The union may well spearhead the formation of a workers' party, which could become the first truly mass-based political alternative to the left of the ANC.

Many media commentators were ambivalent about this development, welcoming the break as a sign of political diversification but expressing great discomfort at Numsa's ideological trajectory, which was portrayed as being loopy, eccentric and out of date.

Media responses to the Numsa declaration reveal a much bigger truth about the public sphere they help to constitute. There can be little doubt that socialist ideas continue to enjoy widespread support in South Africa. The most significant progressive organisations have either committed themselves to socialist ideas or have socialists within their ranks.

But any visitor unfamiliar with South Africa's political landscape would not realise from the media how popular socialist ideas are.

When spaces do emerge for a real contest of ideas, media bosses may find them threatening and squash them. In the media hullabaloo about the removal of Cape Times editor Alide Dasnois by the new owner of Independent Newspapers, Iqbal Survé, there has been little reflection on the staff allegation that he removed her because she was too "left leaning". She became known as an editor who attempted to counterbalance systemic centrist and right-leaning biases in media discourse. This did not make her biased, merely fair-minded.

In spite of their importance in South African politics, leftist debates are often caricatured in the media and important nuances are missed. For instance, Numsa and the Economic Freedom Fighters (EFF) are often lumped together as being part of the left. But the EFF's stance is anti-capitalist, not socialist, which means that it does not as yet offer a fundamentally different vision of how society should be organised.

Numsa's approach to socialism is mass based. This may allow it to avoid many of the traps that more vanguardist leftist groups have fallen into and which have often turned the left into an object of derision rather than a serious political contender.

Media commentators have mocked Numsa for embracing a failed ideology. But they ignore the fact that capitalism has also failed, and millions of South Africans live with that failure daily.

Socialism is a simple idea: workers, who form society's productive base, should control the means of production. They, more than anyone, understand the productive process and should lead how it is organised.

It should be clear from this definition that democracy is fundamental to socialism. What emerged in the Soviet bloc was anti-democratic and a perversion of the original vision. However, the South African Communist Party discredited itself by parroting the Stalinist line for decades and to this day has never entirely shed this disgraceful legacy.

Needless to say, socialism has conceptual weaknesses. The classical Marxist definition fails to take account of the new twin realities of structural unemployment and reduced workforces, realities that make over-reliance on the factory as the epicentre of organising inappropriate.

These weaknesses are not insurmountable, but they do require ideological rethinking and renewal.

However, what is also not well acknowledged are socialism's successes. As a transformative ideology, it encourages ordinary people to see that they have the inherent ability to shape their own lives and makes them realise that life can be lived very differently to how it is lived now. To this extent, it provides a substantive vision for equality and democracy.

Socialism is not just an economic philosophy. It adopts a "whole of society" approach, encouraging people to reimagine social relations afresh. It argues that people do not have to accept a dog-eat-dog, everyone-for-himself (and less so for herself) society. Societies based on care and compassion, which encourage both mutual solidarity and individual creativity, can be built.

The political landscape shifted fundamentally in December in favour of greater genuine political diversity. This means that, in spite of depressing recent developments, culminating in the Marikana massacre, the current period is filled with great promise.

But the media and other opinion makers must come to accept that this diversity may not be on terms and conditions that they have become used to, or even feel comfortable with. That, after all, is what diversity is about. — The South African Civil Society Information Service