Why your diet is doomed to fail 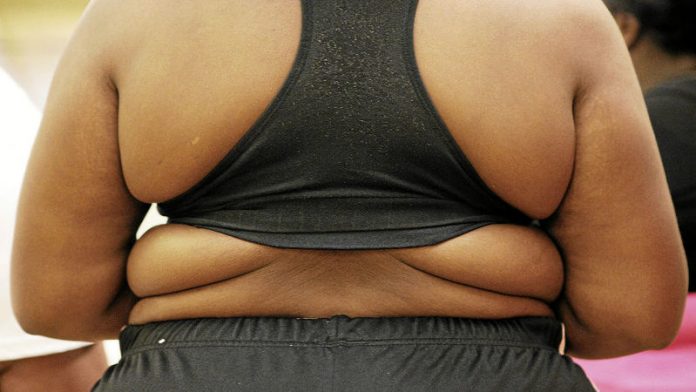 In recent years there has been a considerable backlash against the diet industry. The fact that we pour billions into its coffers each year while our waistlines continue to swell has not gone unnoticed. Nor has the fact that many of those who profit are also peddling the very foods blamed for causing obesity. And yet every January, masses of intelligent people will fall hook, line and sinker for the claims of some aggressive new weight-loss manifesto.

So a timely title among 2014's crop of eating plans is Why Diets Fail, jointly penned by John Talbott (who usually writes about finance) and Nicole Avena, a neuroscientist working on the controversial hypothesis that sugar is clinically addictive. The pair teamed up after Talbott kicked his sugar habit and felt he had found a permanent "magic cure" for not only being overweight, but also lethargy, snappiness and anxiety.

Instead of a diet, the book offers a slow-burn programme for overcoming sugar dependency, while its opening chapters provide more weight to the growing public acceptance that conventional diets don't work. We shouldn't wholly blame ourselves when we crash out of a diet, say the authors, partly because "just being on a diet sets you up for failure". Saying that you are going on a diet implies that you will come off at some point; you just need to tough it out for a bit.

A review of 31 long-term dieting studies showed that most people who diet actually end up heavier. One possible explanation is that hormonal changes resulting from restrictive diets mess with our appetites. An Australian study in 2011 showed that hormone levels had still not normalised a full year after its subjects' diets. "Leptin [a hormone that regulates appetite] falls and ghrelin [a hormone that stimulates appetite] rises after weight loss," says its author, Joseph Proietto.

Participants in a Columbia University study, who had dieted to shed 10% of their body weight and were therefore low in leptin, were presented with a "parade" of foods while hooked up to an fMRI scanner, which looks at brain activity. It showed they were responding to the foods with the emotional parts of their brains. They were then given leptin and their frontal "executive" lobes regained control.

Psychologically and behaviourally, write Avena and Talbott, it is much easier to enact small changes over time than to try to "jump-start" our eating habits. They cite a study that compared a 20-week diet with the same programme implemented gradually, over 40 weeks. People in the 40-week group lost more weight and were better able to maintain their weight loss over time.

Teach a dog a three-part trick in one go and learning might never occur. But if you teach step one first and then start rewarding the mutt after it has completed two stages, and then finally reward it only for doing all three actions in order, the dog will learn the trick without getting confused or overwhelmed. This conditioning strategy is called shaping – and it works on humans, too.

The crux of the book's case against diets is that many of us are addicted to sugar, and so our only hope of staying slim is to overcome this. The authors say that we often believe personal behaviours are the primary reason why people are overweight, "rather than the amount of junk food available or other environmental factors". And it compares this "unfortunate" self-blame with that of alcoholics and gamblers, asserting that personal responsibility is "part of a larger, more complicated puzzle, and some things are beyond our control".

Avena's work has shown that the brain's reward centres light up in response to sugary food in the same way they do to hard drugs, and that giving up sugar can elicit similar withdrawal symptoms, too.

Avena and Talbott write that, just as with other addictions, some people's genes make them more susceptible to the temptations of fattening foods. But applying the term "addiction" to food is contested by some scientists. Marion Hetherington, of the University of Leeds, says: "I don't believe genetics can explain the issue with dieting success, except that it will be more difficult for some people to lose weight since they are more susceptible to tempting food cues." Addiction, in her view, is not a helpful word because "it can deflect focus on the cause of overeating from the person to the environment. For example, foods are addictive, so this creates food addicts."

Avena tells me: "Having the genetic tendency to be an overeater or to be obese does mean that some people might have to work harder to resist urges to eat."

Which does she think is the most influential factor in obesity: genetics, personal responsibility or the abundance of sugary and fatty foods? "They are equally to blame," she replies magnanimously.

Whether or not you agree with the addiction tag, it will be interesting to see whether treating sugar cravings as such can help to beat them. – © Guardian News & Media 2014

Amy Fleming is a freelance writer

Amy Fleming
Amy Fleming works from London, England. Irish ☘️ storytelling vegetarian feminist a.k.a the fun aunt at parties. Repped by @act_ups_agency Next Up: A Wake in Progress at Edinburgh Fringe Amy Fleming has over 1290 followers on Twitter.
Facebook
Twitter
WhatsApp
Linkedin

Home sweet home is more than a trite expression