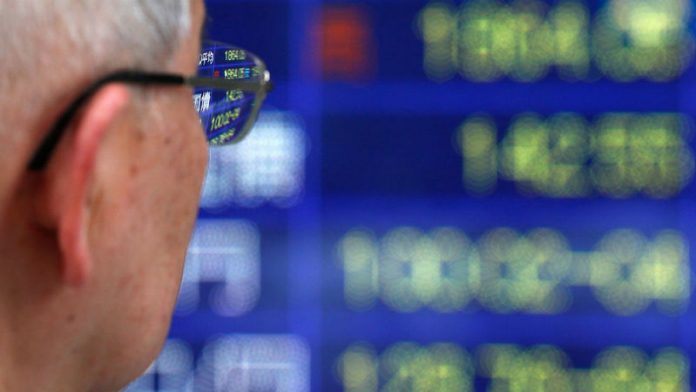 Data scheduled for release on Wednesday is likely to show that inflation is on the rise in Africa's largest economy, heightening the chances that the South African Reserve Bank will raise rates for the first time in six years during the first half of 2014. Here is your guide to the data releases, policy meetings and other events likely to drive markets at home and abroad in the week ahead.

Africa
Officials at the Central Bank of Nigeria (CBN) will announce their latest rates decision on Tuesday. Policymakers have kept the bank's benchmark interest rate on hold at 12% since October 2011 and are widely expected to do the same at this week's meeting.

Relatively tight monetary policy helped to keep consumer inflation under control in 2013, but inflation risks in Africa's most populous nation and biggest oil producer are mounting. As a result, most economists expect further policy tightening in the year ahead.

Nigeria's economy is highly exposed to a drop in the oil price and to portfolio investment outflows, both of which can precipitate a devaluation of the local currency. A decline in the value of the naira would contribute significantly to upward price pressures, given the country's dependence on imports. Price pressures may also increase as government boosts spending in the run-up to elections in 2015, CBN chief Lamido Sanusi warned at the monetary policy committee's meeting in November.

After the CBN's decision, economists and investors will turn their attention to South Africa's latest inflation figures on Wednesday. Consensus is that the consumer inflation rate in Africa's largest economy climbed to 5.5% in December from a year earlier, up from a 5.3% year-on-year rise in November.

A combination of a significantly devalued rand and record high maize prices are expected to put additional pressure on prices over the coming months. A rise in inflation heightens the chances that the South African Reserve Bank will raise rates for the first time in six years during the first half of 2014.

United States
American markets will be closed on Monday in observance of the Martin Luther King Jr public holiday. In the shortened trading week to follow, a slew of corporate earnings reports – rather than economic data releases – are likely to set the tone.

Roughly 10% of S&P 500 companies have reported earnings thus far this earnings season. Half have beaten earnings forecasts – below the historical average of 63% – but more than two thirds have exceeded revenue expectations – above the long-term average of 61%. Analysts expect earnings for S&P 500 companies as a whole to have risen 7% in the fourth quarter, down from the 7.6% forecasted at the start of the year.

Thursday's weekly jobless claims figures and the National Association of Realtors's latest existing home sales figures are the only two major economic releases on the docket this week. Economists expect weekly jobless claims to show a slight rise to 330 000 initial filings in the week ended January 18 from 326 000 previously. The pace of existing home sales may have edged up slightly in December following a sharp 4.3% decline in November to a seasonally adjusted annualised rate of 4.9-million units.

Europe
The UK will take centre stage on Wednesday with a series of high-profile releases. In addition to minutes from the Bank of England's latest policy gathering, officials will release December's public sector borrowing and unemployment data.

Consensus is that borrowing fell to £13.5-billion in December from £16.5-billion in November. The number of claimants for unemployment benefits likely fell 34 000 in November following November's 36 700 decline.

Additional data is likely to show that the country's unemployment rate for the three months ended in September fell to 7.2% from 7.4% in the previous three month period. Average earnings likely rose 1% from a year earlier over the same period, up from a 0.8% year on year rise in the three months to October.

On Thursday, attention will shift to a series of manufacturing purchasing managers' index releases from across Europe. Economists are expecting mixed results. Germany's index is likely to signal continued expansion for the continent's largest economy, but readings from the eurozone's number two economy – France – are widely expected to signal continued contraction.

Asia
Data released on Monday morning by China's National Bureau of Statistics showed that the world's number two economy expanded 7.7% in the fourth quarter of 2013 from a year earlier. This marked a slowdown from 7.8% growth during the previous three month period.

For 2013 as a whole, China's gross domestic product (GDP) grew by 7.7% over the previous year. This growth was in line with market expectations, but topped the government's official 7.5% growth target. Looking ahead to 2014, most economists expect China's growth to slow further as officials seek to rebalance the country's economy onto a more sustainable growth path.

Elsewhere in region, central bankers in Japan and Thailand will hold policy meetings on Wednesday. No changes are expected in Japan, but may be on tap in Thailand.

Policymakers in Thailand surprised markets in November by cutting the Bank of Thailand's benchmark rate to its lowest level in three years. With inflation remaining subdued, growth slowing and escalating political protests creating additional uncertainty in the country, officials could decide to cut rates by a further 25-basis points at this week's meeting.