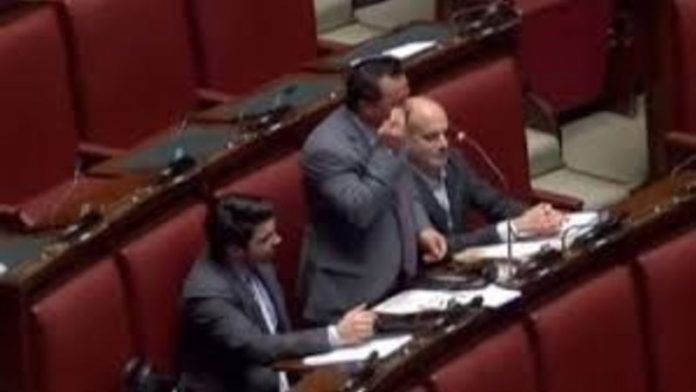 Extreme right-wing politician Gianluca Buonanno on Wednesday night produced a makeup kit in Parliament and started to dab his face in order to make it darker, in protest of immigrants in Italy receiving state benefits.

"To get money, perhaps we all need to make ourselves darker," he told the chamber of deputies.

Further racism
This is not the first time racism in Italy has made global waves. In July Italian senator Roberto Calderoli's "joked" that minister for integration? Cécile Kyenge, who is black, looks like an orangutang.

Calderoli, a former minister under Silvio Berlusconi and senate vice-president of the Northern League, told a rally in the northern town of Treviglio that Kyenge would be better off working as a minister "in her country".

He then added: "I love animals – bears and wolves, as is known – but when I see the pictures of Kyenge I cannot but think of the features of an orangutan, even if I'm not saying she is one."

In a prior incident, an unnamed spectator threw bananas at Kyenge while she was making a speech.