Zimbabwe through to Chan quarterfinals 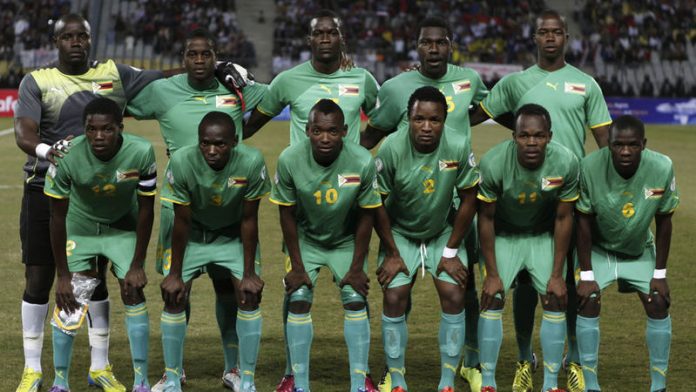 Zimbabwe booked their place in the quarterfinals of the African Nations Championship (Chan) tournament after edging out Burkina Faso 1-0 in a highly entertaining group B game in Cape Town on Monday.

The Southern African side managed to finish just behind Morocco as group B runners-up, picking up five points in their three games, despite registering only a single goal so far.

The Warriors were the dominant side for the first 20 minutes, coming out of the blocks with all guns blazing as they took the game to Burkina Faso at a windy Athlone Stadium.

Burkina keeper Mohamed Kabore had to make his first save of the game after just three minutes, doing well to tip Peter Moyo's swerving and dipping free kick over the bar.

With the huge Zimbabwean contingent in the crowd voicing their support for their side, the Warriors continued to probe for first-half goals as Moyo had two further shots.

His 10th-minute effort went over the bar while his 13th-minute shot after an excellent build-up went wide of the mark.

Cat-and-mouse affair
The pace of the game in the opening stanza was relentless, and this continued after the restart, with first few minutes seeing the play flowing from end to end.

Zimbabwe were finally able to make one of their chances count when Masimbi Mambare netted in the 57th minute, showing power to beat Kabore to an aerial challenge, nodding Kudakwashe Mahachi's outstanding left-wing cross into the net.

Moyo should have doubled the advantage three minutes later when Kabore again fluffed a cross, the loose ball falling to the Zimbabwe midfielder, who could only blast a 14-yard half-volley over the bar.

The final 20 minutes were a cat-and-mouse affair as the Stallions did their utmost to get back into the game.

They struggled to create clear-cut openings against a well organised Zimbabwe defence, while the Stallions' pace going forward always meant they looked good for another goal on the break.

The score-line, however, remained unchanged as Zimbabwe held on for what was ultimately a deserved win. – Sapa

The conflation of human rights violations and a pandemic leave the most vulnerable marginalised. Equitable and democratic societies are needed to fight against this
Read more
Advertising
Continue to the category
Education