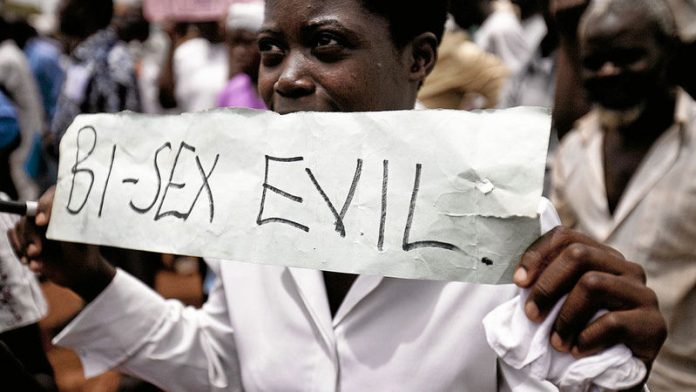 It has always puzzled me why some men – particularly politicians – are so punitive towards gay men and ­lesbian women, and so ­indifferent about ­paedophiles and child abusers.

I am not suggesting that these sexual preferences be lumped together. Gays want to be left in peace to love (and maybe marry) each other. There is no evidence that they do harm to anyone else or each other.

Child abusers do enormous harm, and exist in much larger numbers than we realise. Russian President Vladimir Putin, at a press conference on January 17, called to try to deflect a possible stayaway from his Winter Olympics, made things worse by his warning to gays to "leave kids alone".

I waited in vain for one of the foreign journalists to ask him to clarify the statement – and correct it. If only Putin had used this opportunity to make the difference between gay people and child abusers clear, he might have benefited from the best press of his life.

I thank God for a new pope who is determined to cut out the dreadful canker of child abuse in the Catholic church, but I am wondering how the same God does not direct some divine intervention towards Nigeria, Uganda, and other countries whose governments are set on turning their countries into hell on Earth for their lesbian, gay, bisexual, transgender and intersex people.

I wish that Pope Francis had also used his opportunity at Davos this week to challenge the "most influential people on Earth" gathered there to focus on this problem as well as that of economic growth.

What good is a mountain of money, and a gathering of the most powerful, if this planet is the least safe place in the universe to be a woman, a child, gay, lesbian or bisexual?

Politicians are always driven by numbers, so could it be that presidents Goodluck Jonathan (Nigeria) and Yoweri Museveni (Uganda) believe that persecuting same-sex voters is a safe bet politically?

What on earth makes a female president (I am ashamed to say) such as Joyce Banda in Malawi allow her government to be part of this ­dreadful African trend? It can only be fear of what her own supporters might think of her if she dared go against her male equals.

When any group is driven underground, its numbers are difficult to estimate. The group's supporters are also frightened to stand up and be counted. As far as I know, no reliable surveys of lesbian, gay, bisexual, transgender or intersex people has been carried out in Africa, and I don't blame those who are silent for keeping quiet.

But silence on this subject is part of the problem that Africa has in dealing with it. Persecution of minorities flourishes in silence. Dictators love silence. They take it for consent.

A recent survey of 15 000 people in the United Kingdom revealed that 8% of women had had sexual encounters with other women, up from 1.8% in 1991, though I believe that this indicates a growing willingness to admit to it as well as a possible increase.

The booing at Nelson Mandela's funeral, which shamed and humiliated President Jacob Zuma, was the most effective way infuriated voters could have chosen to express their opposition. It was the opposite of silence. The current revolt in the Ukraine, partly over Russia's attempt to stop it joining the European Union, has made it a no-go area for Putin. If I were him, I would be more concerned about demonstrations by neighbours at the Winter Olympics than stayaways from the rest of the world.

Money also talks to politicians, so is it China, famously anti-gay, which is telling these leaders what to do and say, while promising to replace the aid that Western countries might remove in an attempt to protect Nigerian and Ugandan gays? Sam Okuonzi, who chairs the Ugandan parliamentary committee on foreign affairs, thinks so. He told the Mail & Guardian: "If we have to get aid, we can and will turn to countries that respect our values, such as China.”

But these are not values, Dr Okuonzi, these are prejudices – the product of hatred and fear. If you want to demonstrate your values, do something practical to protect your children and women from the real abusers in your society.

Set up and subsidise structures to pursue and prosecute paedophiles, child abusers, sex traffickers and those who practice child sex tourism. Remove them from positions of power and influence over young people in their care. Identify them visibly so that parents and children can shun them and live more safely.

If necessary, put them in penal colonies like mass murderers. They deserve to be locked up, and you wouldn't have to worry about the development of any same-sex relationships. The last person a paedophile would fancy is another one.