Think outside the boring TV box 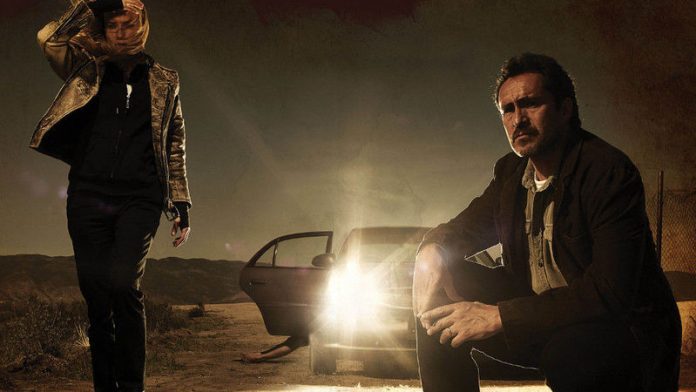 Over the past decade American television networks have made huge strides in terms of production quality and creative storytelling. But that's no reason to restrict yourself to television from one country.

There are great television shows being made all over the world — and thanks to the magic of internet streaming services such as Netflix, TV Series Pro, Hulu Plus and more, non-American television is increasingly finding a global audience.

Until now, South African viewers have been mostly left out of this loop. But there are rumours that Telkom is in talks to bring Netflix here, so perhaps things will change soon.

In the meantime, to whet your appetite, here's a list of five international TV shows that are unbelievably good. If you have the oppor-tunity to watch any of these, don't hesitate:

Top of the Lake (New Zealand)
Golden Globe-winning actress Elisabeth Moss (better known as Peggy from Mad Men) stars in this haunting crime thriller, which is set in a cold and remote village in New Zealand.

Moss is a big-city detective who tries to solve the case of a missing 12-year-old girl, but she faces opposition from all sides: entrenched sexism in the local police department, a town that carefully guards its secrets, and the enigmatic leader of a nearby self-help cult.

The ugliness of the human characters is matched only by the stark beauty of the lake itself.

Borgen (Denmark)
Borgen (The Castle) is named after the building that houses the government of Denmark, which more or less makes it the Danish equivalent of the West Wing.

And yes, there are several similarities to that series (and also to House of Cards) in this wonderful political drama about the leader of a minor political party who unexpectedly becomes the first female prime minister of Denmark.

Danish politics is already sufficiently strange that it gives this series a sense of being pleasurably alien.

And who could have guessed that the intricacies of coalition building and Danish parliamentary politics would make for such riveting television?

The Returned (France)
This French horror series contains relatively little violence, but it nevertheless manages to create a suffocating sense of dread.

In a small town nestled in the mountains, people who have been dead for years start coming back to life. The no-longer-deceased seem normal enough, but who can really be sure?

And although the premise is fantastical, the characters are utterly human. How does a family react when a child who died four years ago walks through the front door? Hint: not well.

Each episode drops tantalising clues about the broader mystery, which makes this show fun to ?theorise and speculate over. But this isn't just a supernatural mystery story: it's an intense (and sometimes sorrowful) examination of human nature.

Tatiana Maslany plays Sarah Manning, a small-time criminal who witnesses the suicide of a mysterious woman who bears a remarkable resemblance to her.

Sensing the opportunity for a quick payout, she assumes the identity of her doppelgänger, and tries to gain access to her bank account.

But it turns out that the woman whose identity she stole was a police detective, and she is thrust into the centre of a bizarre murder investigation, during which she has to use a variety of confidence tricks to hide the fact that she doesn't know the first thing about police work.

Orphan Black relies too much on contrived coincidences to get the plot rolling — but once things are under way, it advances with such bracing speed that it's easy to forgive.

The Bridge (Sweden/Denmark)
American remakes of Scandinavian crime dramas are officially a thing (see also: The Killing and The Girl with the Dragon Tattoo).

The latest Scandinavian show to get the remake treatment is The Bridge — and even though the American version actually looks pretty great in its own right, it's worth making the effort to find and watch the excellent original series.

It deals with the murder of a Swedish politician, whose body is discovered on a bridge right on the border between Sweden and Denmark.

As with most Scandinavian crime dramas the colour palette is muted, the mood is sombre, and the pace is slow and deliberate.

That might not sound like a recipe for fun, but in practice it makes for irresistible viewing.