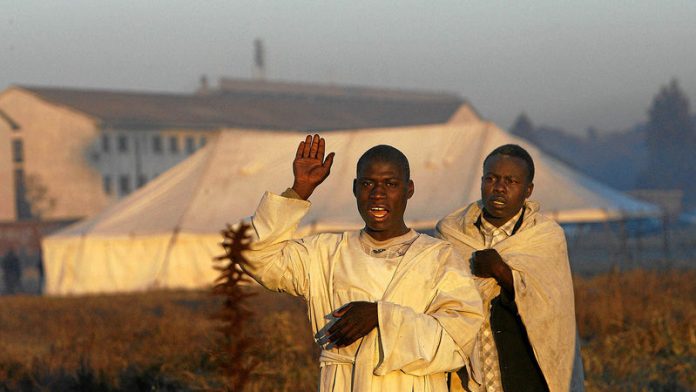 American celebrity Billy Carter once said there was no such thing as a bad beer. "It's that some taste better than others," he said.

In Zimbabwe, it's turning out that there is a bad price for some beers, and the country's largest brewer, Delta Corporation, a unit of SABMiller, is admitting it.

The hike in its beer prices has pushed some consumers to cheaper, and often illicit, brands – and into mushrooming churches where they are being called on to ditch beer altogether.

In a trading update issued last week, Delta said it had witnessed "a significant slowdown in consumer spending and economic activity".

"This was particularly pronounced in this quarter, the traditional holiday peak period," the company said.

Price increase
In its full year to March 2013, Delta had reported that lager beer volumes, led by its flagship brand Castle Lager, had reached a new record high of 2.06-million hectolitres and closed the year at 4% above the year before.

But a hike from 40% to 45% in excise duty on lager by a cash-desperate government in December 2012 has begun to take its toll on sales.

It forced a marginal price increase at the manufacturer level, resulting in what the company said was a "disruption to retail pricing thus slowing off-take in the last trading quarter of the full year to March 31 2013.

"The effective excise rate is now higher than the regional average," the Delta board chairperson, Canaan Dube, said.

The reason for the decline in volumes was partly to the poor agricultural season and partly to a raw material cost-induced price increase.

Not all gloom
But it's not all gloom for the brewery. Some of those who cannot afford lager are turning to the once-shunned sorghum brew, which is cheaper.

Sorghum beer is on the upsurge, recording a significant growth of 18% during the quarter to December 31 2013, or 12% during the nine months.

This, the brewer reasons, is because of "strong consumer acceptance for the category driven by the success of Chibuku Super".

Chibuku is a sorghum-based brew, similar to the traditional home-made beer and is packaged in a container called "shake-shake".

But lager has been the bigger revenue earner and Delta is worried about the decline in volumes.

"We continue to engage the authorities on the adverse impact of the high levels of taxes, which drive consumer prices," Delta said in its January 17 2014 trading update.

Excise duty on clear beer
Finance Minister Patrick China­masa, in his budget presentation in December, did not tamper with the excise duty on clear beer, which was introduced by his predecessor, Tendai Biti, to ameliorate the harm caused by alcohol on society. Tobacco had also been slapped with a higher duty.

Since its introduction, the excise duty on clear beer has boosted the government's coffers significantly.

In fact, the revenue collector Zimra, at its taxpayers' appreciation day, recognised Delta as one of the highest dollar-value contributors, particularly in the excise category.

Last year, Delta made total tax remittances of $173-million. But, the drop in beer demand may not be attributed just to decreasing consumer spending.

Mairosi Mubvumbi, a pastor with Hope in Christ Ministries, said the lower beer consumption was the result of an increased number of people turning to the church for sanctuary – ironically from the economic hardships they are facing.

"We are assisting a number of new converts battling to stop drinking alcohol every week," Mubvumbi said. "We give counselling and pray for alcohol addicts. People are coming to Jesus and, in church, we discourage beer."

Influence of the Church
He said the church was "growing phenomenally" and taking away people from beer halls.

"We cannot hide from the fact that people are under economic pressure and are seeking deliverance in the church. Lunch-time prayer meetings are filling up with people trying to escape the economic woes and it's always a point that we ask them to stop beer consumption for deliverance," he said.

But there might be another explanation. Some people believe that beer drinkers have not stopped drinking but are turning to home-made brews and illegally imported beverages that are cheaper and have a higher alcohol content.

"We're seeing a resurgence of shebeens in the suburbs selling some of these illicit brews," a woman from a Harare suburb, Highfield, who declined to give her name, said.

Most council-run beer halls in the capital, Harare, closed at the height of Zimbabwe's economic crisis and have not reopened.

"My husband goes there [shebeens]since the town's beer halls shut down. The beer they are selling is cheap but it's also causing serious health problems," she said.

He agreed that preachers were wooing large numbers of people to church and away from drinking.

"I don't have the statistics but the evidence is there that this is the case. So many people are turning to religion and stopping their drinking habits," he said.

A member of the Harare branch of Alcoholics Anonymous said many people were battling to stop drinking but very few black people sought help from the AA.

"They tend to think this is not for them; it's for Europeans and other cultures," she said.

But Delta is determined to drive growth by strengthening its brand portfolio, increasing manufacturing capacity and focusing on saving costs. It also hopes to maintain its growth in the economy segment with Chibuku and other cheaper brands.

But, ultimately, the problem comes down to the stagnant economy biting into the pockets of drinkers.

The pastors must be happy. They can peddle their ‘cures’ again to congregating potential Covid-19 cases. Spare us, Dlamini-Zuma
Read more
Business

Churches are struggling in lockdown

‘You give us the word, we give you the money.’ Without tithes from congregations, churches find it difficult to pay salaries and do community work
Read more
Coronavirus

Underground liquor has a long history in South Africa. Its next chapter is being written under the nationwide Covid-19 lockdown
Read more
Coronavirus