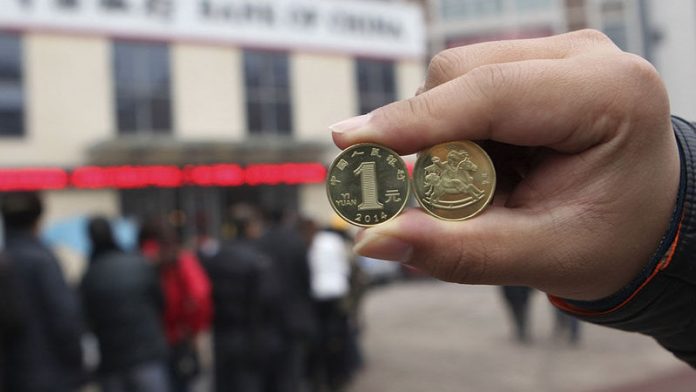 Policy meetings at the South African Reserve Bank and US Federal Reserve will dominate the economic week ahead. Although neither institution is expected to change rates, the Fed is widely expected to announce further reductions to the size of its bond-buying programme. Here is your guide.

Africa
Central bankers in Angola will announce their latest rates decision on Monday. Decisions from the South African Reserve Bank and Bank of Zambia will follow later in the week.

Policymakers at the Banco Nacional de Angola cut the bank's benchmark rate by 50 basis points to 9.25% in November to support economic growth. So far, their decision has not had any adverse inflationary effects. Consumer inflation continued its downward trend in December, falling to an eight-year low. Nevertheless, officials are likely to maintain a wait-and-see approach at this week's meeting.

Governor Gill Marcus and her colleagues at the South African Reserve Bank are widely expected to leave the bank's benchmark repo rate on hold at 5.0%, despite the rand's recent plunge to five-year lows against the dollar. In a recent Reuters poll, economists were split virtually evenly on the central bank's future plans. Of the 34 economists surveyed, 17 expected officials to leave rates unchanged for the remainder of 2014 while 16 expected a rate hike by year's end. One forecast a rate cut.

A rates decision from Zambia is expected this week. The Bank of Zambia's monetary policy committee held the country's benchmark interest rate unchanged at a record high of 9.75% for the sixth consecutive month at their December meeting. Inflation rose further in December, providing little room for relief.

United States
Federal Reserve chairperson Ben Bernanke will chair his last meeting of the central bank's policy-making arm – the Federal Open Market Committee (FOMC) – on Tuesday and Wednesday. Markets are widely expecting the FOMC to announce a further $10-billion decrease in the size of the Fed's monthly bond and mortgage-backed securities buying programme to $65-billion.

Although the Fed's pullback in stimulus has long been expected, markets – particularly emerging markets – have suffered as the Fed has begun to reduce the liquidity that has long boosted domestic equities and broader emerging market assets.

Beyond the Fed, economists and investors will be on the lookout for several key indicators scheduled for release over the coming days, including new home sales on Monday, durable goods orders on Tuesday, gross domestic product (GDP) figures on Thursday and personal income and outlays (spending) data on Friday.

Consensus is that new home sales fell further in December following a 2.1% drop in November. New durable goods orders probably rose by 1.6% in December, down from a 3.5% monthly rise in November. GDP likely grew by a healthy 3.0% in the fourth quarter of last year. And Americans experienced a 2.0% rise in their incomes in December, the same rate at which they increased their spending.

In addition to the Fed's meeting and economic data, corporate earnings season will continue to roll on this week. Tech giants Apple, Facebook and Google along with Dow components 3M, AT&T, Caterpillar and DuPont are among the biggest names reporting over the coming days.

About a quarter of Standard & Poor's 500 companies have reported earnings already. According to an analysis by Reuters, 69.3% of those have exceeded analysts' expectations.

Europe
Economists and investors will be on the lookout for several key pieces of economic data in Europe this week, but Friday's releases are likely to garner the most attention. At week's end, the eurozone will report inflation and unemployment data and the United Kingdom will update on GDP growth.

Analysts expect the eurozone's latest inflation figures to do little to alleviate deflationary fears for the region. The common currency bloc's harmonised index of consumer prices (HICP) increased by a mere 0.8% from a year earlier in December. Markets expect to see a 0.8% to 0.9% rise in January.

The eurozone's unemployment rate is expected to remain unchanged at 12.1%, the stubbornly high rate at which it has remained for eight months. Growth in the region is simply not strong enough to boost labour markets and the situation is unlikely to change any time soon.

At the release of the United Nations World Economic Situation and Prospects 2014 report last week, officials said that they expect the euro area's unemployment rate to average 12.1% in 2014 before starting to decline to 11.8% in 2015.

Across the English Channel, officials in the United Kingdom will release fourth-quarter GDP figures. Consensus is that the figures will show modest 0.7% growth for the three months ended in December, but few think that there is anything to worry about. The International Monetary Fund last week upped the UK's growth outlook for 2014 to 2.4% from 1.9% previously. The Bank of England anticipates 2.8% growth and some private forecasters are even more optimistic. Citigroup, for example, foresees 3.2% expansion.

Asia
Policymakers at India's central bank will announce their latest rates decisions on Tuesday. With inflation showing signs of easing, but economic growth still lacklustre, Governor Raghuram Rajan and his colleagues are widely expected to leave rates on hold for a second consecutive meeting.

Economists surveyed by Market News International expect the ministry of economy, trade and industry's latest retail sales release to show that purchases rose by 3.7% from a year earlier in December, down from a 4.1% year-on-year gain in November.

Friday's consumer price index (CPI) data is likely to show that Japan's national core CPI – excluding perishables – rose by 1.2% from a year earlier in December, matching November's increase. Household spending probably rose by 1.1% on the year as a result of strong retail sales and industrial output may have edged up by 1.2% from November to December.

If expectations for December industrial production figures are met, output for the fourth quarter will show a 1.9% quarter-on-quarter gain. This would mark the fourth consecutive quarter of improvement as a result of strong domestic demand.

Finally, on Friday, China – the region's largest economy – will welcome in the Year of the Horse. The 15-day Spring Festival, celebrating the Lunar New Year, is the biggest event on the country's festive calendar.