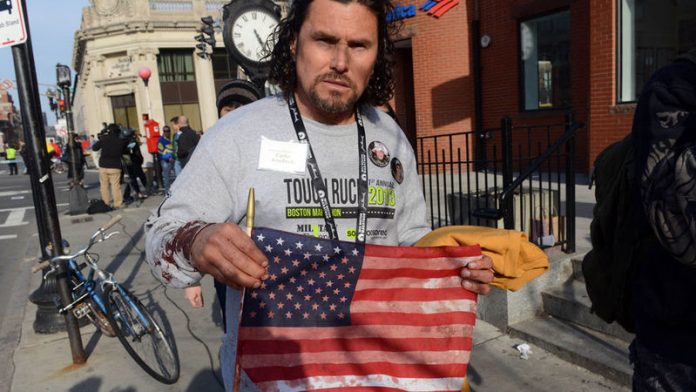 Heroes of the Boston Marathon bombing, a firefighter who led the rescue response to an Oklahoma tornado and an openly gay basketball player will be among US First Lady Michelle Obama's guests at the State of the Union address on Tuesday.

The White House uses Michelle Obama's seating area in the chamber of the House of Representatives during her husband's annual speech to Congress to highlight people and issues that are important to her and the administration.

A Washington DC teacher and the youngest intern at Intel Corp will join the first lady, US Vice-President Joe Biden's wife, Dr Jill Biden, and senior adviser Valerie Jarrett in the box on Tuesday, according to the White House.

The White House has released the names of six guests so far:

Carlos Arredondo and Jeff Bauman of Boston
Arredondo, wearing a white cowboy hat, was photographed helping a severely injured Bauman during last year's bombing of the Boston Marathon. The picture became a hopeful symbol of the devastating attack. Bauman lost both of his legs. The two men have become close friends.

Gary Bird, fire chief in Moore, Oklahoma
Bird led the rescue response to the tornado that struck Moore, killing 25 people including children. "Fire chief Gary Bird represents all of those who rallied together to help the community – in its greatest time of need," the White House said.

Jason Collins, basketball player
Veteran basketball player Jason Collins announced last year that he was gay. A 12-year player in the National Basketball Association, he became the first active athlete from any of the four major US men's professional sports leagues to come out publicly as being gay.

Joey Hudy (16), intern at Intel Corp
Hudy met President Barack Obama when he was 14 at a White House science fair in 2012 and impressed him with his "extreme marshmallow cannon". Now 16, he is the youngest intern at US microchip manufacturer Intel Corp.