Mourinho sorry he did not make Mata a stronger player 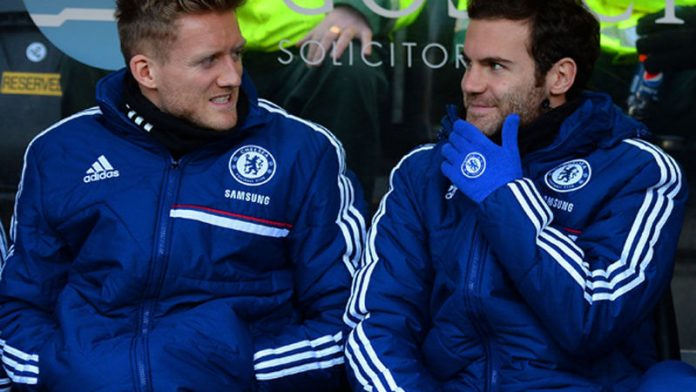 The 25-year-old playmaker, Spaniard Juan Mata, moved from west London football club Chelsea to Manchester United on Saturday for £37.1-million and will make his debut for the Premier League holders against Cardiff City at Old Trafford on Tuesday.

Mourinho has preferred Brazilian internationals Oscar and Willian, and Belgian winger Eden Hazard in the three creative positions behind the lone striker, leaving two-time Chelsea player of the season Mata short of match time as he bids for a spot in Spain's World Cup squad for the Brazil showpiece.

"I am sorry that I didn't make him a stronger player," the Portuguese manager, in his second spell at Stamford Bridge, told Sky Sports.

"Maybe it was something new for him, not to be a first choice [player] in a difficult moment," he added. "Maybe that made him, as a man, as a player, stronger. But I gave him nothing to be honest and I feel sorry with that.

"I tried to make him play in a position where he was not comfortable. He gave everything and played some good matches in that position. We are speaking about a world champion, a European champion. It is difficult for him.

Intelligent play
Mata is a clever attacking midfielder with an eye for goal, but Mourinho's faith in 22-year-old Oscar has been repaid with some strong performances, including scoring a stunning free kick in the 1-0 FA Cup fourth-round win over Stoke City on Sunday.

The former Valencia player expressed surprise that Chelsea were willing to let him depart, but having been an unused substitute in their past two league matches, he relished the chance to play for another "massive club".

"To be honest, it is a bit surprising," he said on the Manchester United website.

"But I have to say I'm really grateful to Chelsea, to the owner, everyone who works at the club and the fans – they voted me the best player in the last two seasons and I will always be grateful. They have been amazing with me.

"The last six months were difficult as I didn't play as much as I wanted to. I understand it's a team sport so I respected that situation."

Struggling side
He joins a United side struggling following the departure of Alex Ferguson, having been knocked out of the FA and League Cups and sitting seventh in the league, 14 points off leaders Arsenal and six off the Champions League spots.

Mata will be unable to help United in the Champions League, having played for Chelsea in the competition this season, but Moyes will be hoping he can provide a spark to ignite his side's faltering league campaign.

"Juan's not too far away from [full] fitness," Moyes said.

"I know he has missed a few games and maybe not started quite as many games as he'd have liked, but I'd like to get him involved against Cardiff." – Reuters