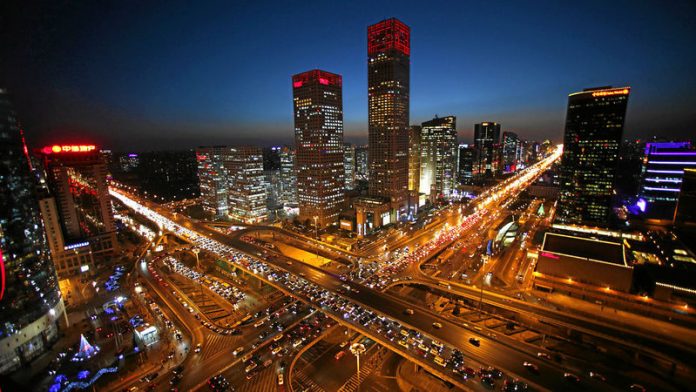 Emerging markets aren't yet sneezing enough for the rest of the world to catch a cold.

That's the diagnosis of economists from Deutsche Bank to Nomura International after the stocks of developing nations suffered their worst start to a year in five years, raising concerns they are turning from being the driver of global growth to a drag.

The optimistic take is the pain will be limited to a few unbalanced economies – including Turkey and Argentina – with little heft abroad, and developed countries now have domestic sources of growth and support from central banks. The risk is that slowdowns and sell-offs deepen in bigger economies, such as China, infecting the financial markets of industrial nations and depriving them of demand for exports and commodities.

"We view the past week as more a warning [about what could happen] should contagion become more entrenched and broad-based across emerging markets," said Jacques Cailloux, chief European economist at Nomura in London.

The MSCI Emerging Markets Index is down 7.1% since December 31, compared with a 3.4% decline for the MSCI World Index. Equity volatility in developing nations jumped the most in two years last week amid a sell-off in their currencies, with the Chicago Board Options Exchange Emerging Markets ETF Volatility Index rising 40% to 28.26, according to data compiled by Bloomberg.

World-economy engine
The threats posed by developing nations are attracting debate, given these countries now account for almost 40% of the world's gross domestic product, up from 18% two decades ago. They also served as the world economy's engine when the West was reeling from the financial crisis of 2008 and subsequent recession and European debt woes.

Even before last week's tumult, the International Monetary Fund estimated the growth gap between emerging and developed economies to be the smallest since 2001, and IHS Inc calculated the one-time locomotives would contribute the least this year to worldwide expansion since 2010.

The concern is the rot lasts, adding a new challenge to a still-fragile world, even though the global economy has changed from the late 1990s – when crises from Asia to Latin America riled international markets – and is stronger after the financial turbulence of six years ago, said Holger Schmieding, chief economist at Berenberg Bank in London.

Recession recovery
The US and UK are gathering strength, the euro region has emerged from its own slump, and central banks continue to keep interest rates at or near record lows.

Rich countries have escaped contagion before. When Asia was roiled in the 1990s, US growth topped 4% in 1997 and 1998, and the euro zone managed more than 2.5% expansion each year. This means stress could be limited to countries with high current-account deficits, political unrest or a reliance on commodities.

Brazil, Indonesia, India, Turkey, Ukraine and South Africa are among nations meeting some or all of these characteristics. Argentina also falls in this category and began devaluing its peso January 22 in a bid to stem a financial crisis.

"By the standards of emerging-market crises, we do not expect this to be a particularly bad one," Schmieding said.

The outlook would change if turbulence became longer- lasting and more widespread. That would put the US at risk, because emerging markets now drive 15% of the sales of companies in the Standard & Poor's 500 Index, with China accounting for a third of that percentage, according to Torsten Slok, chief international economist in New York at Deutsche Bank.

Temporary hit
Still, the US domestic economy is improving, and it would take a more-substantial stock-market decline for the Federal Reserve to reconsider the plan it signalled in December to keep cutting monthly asset purchases from an original $85-billion a month.

"Our central expectation is while US markets could take a temporary hit, the shock will not be a major one for the US economy," Slok said.

Cornerstone Macro also isn't expecting the Fed to respond to recent market volatility – which some investors say the central bank's policies have exacerbated. Cornerstone economists told clients on Monday the Fed will continue slowing its quantitative easing after the Federal Open Market Committee meeting this week, partly because officials ignore short-term market fluctuations and don't yet see a full-blown emerging- market meltdown on the horizon.

Isolated difficulties
"There is a big difference between isolated severe difficulties and a widespread crisis: The former don't change the outlook for the US economy much, while the latter does," Cornerstone said. "For now, the Fed most likely thinks we are in the former situation, so no course change is warranted."

Similarly, Europe's recovery likely would be impaired only if a pervasive slowdown took hold in emerging markets, Nomura's Cailloux said. That's even though the 18-country euro bloc has been lifted by developing-nation demand in the last few years.

Nomura's calculations show that a protracted slump in Argentina, Brazil, Venezuela and Turkey would knock about 0.1% off euro-area growth, given they account for about 3% of the region's exports. Spain may be in greater jeopardy because of its closer trade and banking ties with Latin America.

Not affected
"There's no particular reason that Europe should be affected by the problems encountered by a small number of countries," Bank of France Governor Christian Noyer said on Monday.

Marcussen of Société Générale cautions there still are reasons to worry about the outlook for emerging nations, even though they now boast more flexible currencies, stronger trade positions, larger reserves and more-developed markets than in previous decades.

China's economy is the world's second largest, and its share of global GDP has jumped to 14% from 4% in two decades, she said. That's a problem if it struggles to refocus demand toward domestic sources, especially after a report last week showed manufacturing may contract for the first time in six months.

Large imbalances and poor policy choices that drove past crises also are prevalent in Argentina, Venezuela, Chile, Peru, South Africa, Ukraine, Turkey and Thailand, she said. Add Brazil, Indonesia, India and Russia, which have weak spots, and 13% of global GDP is in question, according to Marcussen.

China's role
The outlook ultimately may pivot on how China fares, said Frederic Neumann, co-head of Asian economics research in Hong Kong at HSBC Holdings. The government is implementing the biggest policy shifts since the 1990s and tackling debt-fuelled investment in a bid to generate more manageable growth based on local rather than international demand.

HSBC still anticipates expansion of 7.4% there this year after 2013's 7.7%, adding the equivalent of Switzerland or two Malaysias to the world economy.

While commodity producers such as Australia and Indonesia may be hurt if China weakens more, the country has a current- account surplus and exchange reserves to prop itself up and prevent a dive in the yuan.