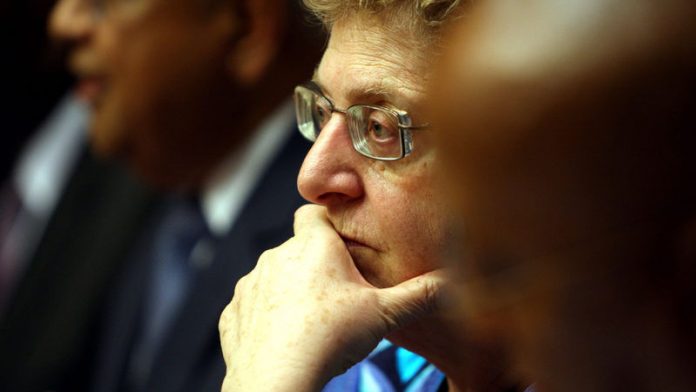 The Monetary Policy Committee lifted the repurchase rate to 5.5% from 5%, Governor Gill Marcus told reporters in Pretoria today. It was the first increase since June 2008.

All 25 economists surveyed by Bloomberg last week predicted the rate will stay unchanged as the central bank focuses on supporting an economy that's been buffeted by slower global demand and mining strikes. Those concerns are being overtaken by a weaker rand that's fuelling inflation and threatening the bank's 3% to 6% target. Turkey raised borrowing costs after a late-night emergency meeting, while India unexpectedly increased its key rate on Tuesday.

"They have got to maintain credibility," John Loos, an economist at First National Bank, a unit of FirstRand, said in a phone interview from Johannesburg. "They do have an inflation target. They have been accommodative of growth in recent years but you can't really ignore what is now a massive rand depreciation and the potential inflation impact."

FOMC meeting
Marcus said the rate increase wasn't aimed at supporting the currency. The rand's decline after she announced the decision was due to heightened "uncertainty" in the market, with traders focusing on the US's Federal Open Market Committee statement at 2pm in Washington, she said.

The statement may give details of a further reduction in the Fed's bond purchasing program that's helped to support inflows into emerging markets.

"If you're trying to compete for the carry trade, you'd have to do a lot more than 50 basis points," Mohammed Nalla, head of strategic research at Nedbank Group in Johannesburg, said by phone. "If the Fed continues its tapering, the rand could extend some further."

Inflation accelerated in December for the first time in four months to 5.4%. The inflation rate will probably breach the upper end of the target in the second quarter, and average 6.3% in 2014, up from a previous estimate of 5.7%, Marcus said.

'Upside risks'
"The risks to the inflation forecast are seen to be significantly on the upside," Marcus said. "Large adjustments to the exchange rate will inevitably impact on inflation, even in conditions of relatively low pass-through such as we have been experiencing."

Turkey's central bank raised its one-week repo rate by 5.5% points to 10%. India increased its key rate to 8% from 7.75%, while Brazil has boosted rates for six straight meetings.

South African forward-rate agreements had priced in a 50 basis-point increase by March. Contracts starting in two months, used to lock in borrowing costs, climbed 48 basis points from the beginning of January until Tuesday and rose 33 basis points to 6.08% on Monday.

Growth forecasts
"The MPC is of the view that, notwithstanding this increase in the repo rate, monetary policy remains accommodative," she said. "Further moves in the repo rate will be highly data dependent."

"Our growth risks are still predominantly to the downside," Jana le Roux, an analyst at ETM Analytics, said by phone from Johannesburg. "There is very little to suggest that we will be able to start producing more and that exports will improve, regardless of the weaker rand. The growth issue will get added focus now that the bank hiked rates." – Bloomberg