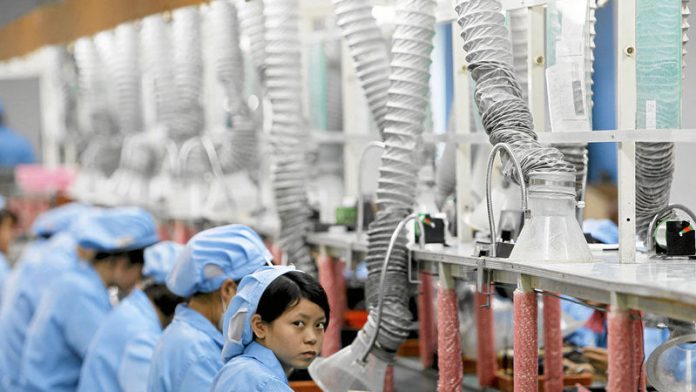 When recruiters said they couldn't hire her because they needed a man, Cao Ju got angry. Then she got a lawyer.

Now the company has settled with the young Beijing graduate for 30 000 yuan (about R55 220), in what is said to be China's first gender discrimination lawsuit.

"I needed a job to pay off my loan; I wanted this job; I was a bit angry … I think as long as the person is capable of doing the work the post requires, gender is irrelevant," said Cao (23), explaining why she brought the case.

Although her response was unusual, her problem was not. More than 90% of female students surveyed by the All-China Women's Federation in 2011 believed they had experienced gender discrimination by employers.

"Although we have a law to ensure women enjoy the same right as men to obtain jobs, in reality you can see many companies write ‘women not wanted' openly and brazenly in job adverts. It is very strange. No government department supervises it and no government department punishes them," said Cao's lawyer, Huang Yizhi.

Striking contrast
It is a striking contrast with the Communist Party's historic promotion of gender equality and high rates of female employment in China. There are high-profile success stories in business, such as the property entrepreneur Zhang Xin.

The government has lauded the country's first female astronauts and army special operatives – even if state media focus as much on the looks of female pioneers as on their skills and toughness.

In the Mao Zedong era, officials promoted the involvement of women in the public sphere, prompting more to take up "men's work". But this was followed by "a real backlash against this notion that women and men were equal and that women could do what men could", said an expert on gender in China at the Australian National University, Tamara Jacka.

Although some hope that the development of a market economy might reduce discrimination, Jacka added, "the areas that are expanding the most and are the most ‘marketised' are the ones with the greatest inequalities".

Jacka said: "Women are just not getting the better-paid jobs, both because they are concentrated in industries that are dominated by women and poorly paid and also because within individual workplaces they are not being promoted."

In Cao's case, which was settled last month, the Beijing-based Juren Academy – a private tutoring firm – specified that it wanted a man for the post of executive assistant and rejected her because she was a woman. It said a man was needed as the work would include physical tasks such as changing the bottle on a water dispenser. But challenges do not end when women enter the workplace, she noted: "They might be excluded from certain positions, or experience sexual harassment, or not be able to get pregnant [because they fear dismissal]."

A survey of female factory workers by a labour rights group in Guangzhou last year found up to 70% had been sexually harassed; 15% said the problem was so serious they left their job.

"The management system … does not consider women's working conditions, because management lacks female leaders," said Hong Mei of the Sunflower Women's Workers Centre, which carried out the survey.

Future prospects
Many of the obstacles Chinese women face in seeking fairer treatment are familiar, such as fear of damaging future job prospects. Cao is using a pseudonym. But the opportunities for collective action are much more limited than elsewhere, although grassroots nongovernmental organisation Yirenping arranged Cao's legal help and other women pressed the court to hear her case. Independent trade unions are banned and other forms of organisation tightly controlled.

Huang noted that although Chinese law states that women are entitled to equality – the basis of Cao's claim – there is no detail about officials' responsibilities or ways of enforcement. In practice, authorities have done little to tackle discrimination. The ministry of education has defended universities that require lower test scores from male than from female applicants.

In Cao's case, local authorities told her there was no discrimination case as the academy changed the recruitment notice after her complaint. Her subsequent lawsuit ended in a settlement, not a court decision, and Chinese law does not work on precedent.

But Huang is optimistic that courts will take it as a reference point and that it will inspire other women.

Change in attitude
Cao acknowledges that companies may learn to be more subtle, rather than less prejudiced, but hopes the case will help to change attitudes.

Operators at the Juren Academy refused to transfer the Guardian's calls, but its chief executive has described the payment to Cao as a special fund for caring for women's equal employment, rather than compensation. He told Chinese media his school had never discriminated against women and employs mostly female staff, but needed a male employee because physical tasks require more than one woman.

Cao said: "Women need to improve their awareness of their rights and to be more independent." – © Guardian News & Media Limited