Suzman was one tough white lady 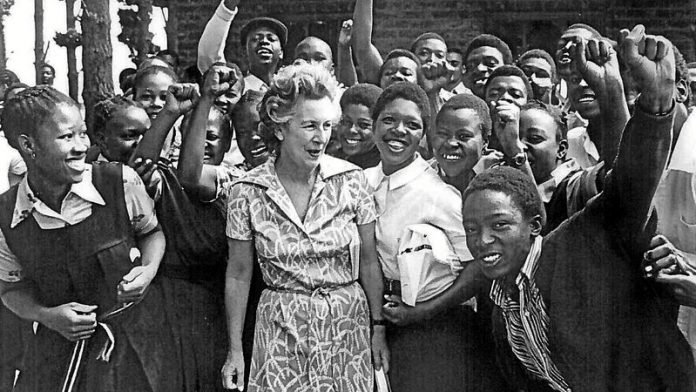 Did you follow the controversy in South Africa when the Democratic Alliance [in its political ­education campaign] used an image of Helen Suzman being hugged by Nelson Mandela? What did you make of the criticism that she legitimated the apartheid Parliament?
The lions of the liberation movement – [Albert] Luthuli, [Robert] Sobukwe, [Nelson] Mandela, [Walter] Sisulu, [Bram] Fischer – admired and respected her, as she did them.

Nowadays you get some lesser figures who want to argue with her posthumously, but the critique is a critique of so-called liberalism. She was, in my view, a true liberal. She was anything but soft. She stood for a bunch of values she was prepared to defend against all comers, starting with Hendrik Verwoerd.

She took great pride and comfort in the fact that the values she stood for were incorporated in the Constitution. It is, in that sense, a fully liberal Constitution.

The issue for her under the new regime was the degree to which the Constitution would be respected, not just in the letter but in the spirit too.

And, as you write in the book, Mandela was very fond of her, besides admiring her. That hug was genuine. They saw a lot of each other, didn't they, after he went to live in her constituency?
He and Graça [Machel] used to appear unannounced at her house on her birthday.

There are many episodes, which are wonderful, in the book. She didn't only campaign to get him out of jail, she campaigned for family visits, books, [University of South Africa] education, everything, while trying to help the families as well.

He didn't forget that. He believed she was fundamentally trying to do the right thing for South Africa.

Was it difficult, when you were the British ambassador in South Africa, being in some ways caught between the different sides? You were serving under Margaret Thatcher, and people in the ­liberation movement hated Thatcher.
Things in diplomatic life are often not quite what they seem. I used to go and see Oliver Tambo, in Highgate [London], when I was on leave. Adelaide Tambo used to produce currant cake for me!

In Lusaka [in the 1980s], we had a senior British diplomat doing nothing else but talk to the ANC. There was a lot of contact with them. They didn't like the fact that we opposed general sanctions, though we did impose selective sanctions.

People have forgotten how many sanctions we did impose – nuclear, military, oil and sports sanctions. The military sanctions did have an effect; they prevented the air force [from] modernising itself effectively.

She was always in touch with the people she was trying to help. During the forced removals in the 1950s, she went to witness how people were being dumped in the veld.

She told Parliament: "Not one of you ever goes to see what you've done."

You note her famous biting wit, as when she suggested that John Vorster, then prime ­minister, should go to the townships "heavily disguised as a human being" to see the real effects of apartheid.
She was tremendously effective. For two reasons, in my opinion.

The one was in terms of race relations. She demonstrated to black South Africans that there was one tough white lady in Parliament who spent her time campaigning for the disenfranchised.

Second, when things were at their worst, and she was the lone opposition in Parliament for 13 years, she would say to her supporters: "Never give up, because time is on our side."

She said it was her anger that kept her going. But it was also the certainty that she was right.

In the end, her arguments were unanswerable. After years in Parliament, she found the verligte (enlightened) Nats making the same speeches she had made 20 years before!

At a time when everyone was forecasting civil war, complete disaster for South Africa, she never believed that. She always believed there would be a resolution by negotiation between the moderates on both sides.

A black liberal is not an oxymoron

Does Oppenheimer say it all?