Cover your back when travelling 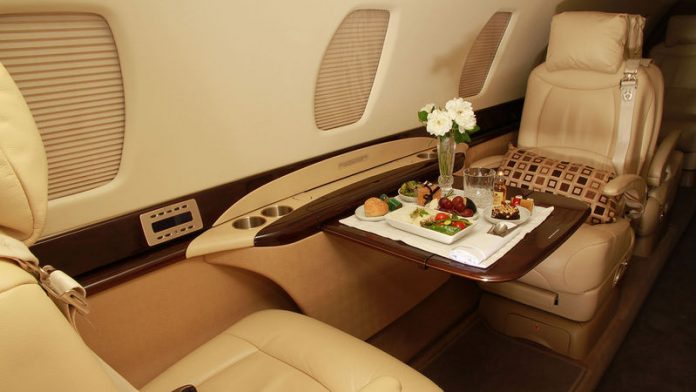 When 42-year-old John* arranged a trip to China, he had not even considered the need for travel insurance until his travel agent recommended that he take out a policy for a one-off premium of R300.

And it was certainly a good call — he suffered a cerebral haemorrhage in Shanghai and his medical bills amounted to R3.6-million.

The same can be said for Dawn* who, while on holiday on the sunny shores of Malaga in Spain, slipped on the steps outside the apartment where she was staying and fell, breaking her ankle in two places. The result was medical costs of almost half a million rand.

Laura* had a similar expense after she broke her back in a boating accident on the way to the Phi Phi Islands in Thailand.

But the biggest risk to the average traveller is food poisoning, according to Travel Insurance Consultants (TIC), although it could still be enough to hurt the pocket, given that the average doctor's consultation costs between £150 and £200.

The global travel insurance industry is estimated to be worth $10-billion a year, but it is relatively small and specialised in South Africa where there are just a handful of players — including TIC, Hollard's Oojah, the American International Group, the ACE Group, Regent and Zurich.

Travel insurance is a niche product, grouped with other short-term insurance offerings, and covers the client for potential unexpected losses related to travelling.

What you are covered for
Many travellers do not recognise the need for travel insurance or even know what it covers them for.

A study by Princeton Survey Research Associates International, commissioned by travel news and advice website ThePointsGuy.com, showed that 52% of Americans buy travel insurance mainly for protection against trip cancellations, although medical risks are the most likely and costly.

"The three important risks to make sure you are covered for when you travel are medical, cancellation, curtailment cover and luggage. When comparing products, you check those three limits and make your decisions based on that," said Simmy Micheli, the sales and marketing manager of TIC, which is owned by Santam.

At TIC, 55% of the claims received are medical, 25% are cancellation or curtailment claims and 15% are for luggage. Travel insurance does not typically cover pre-existing and terminal illnesses.

Cancellation and curtailment cover is apparently by far the most misunderstood benefit. "The heartbeat of this benefit is to cover your losses if you cannot travel or need to cut short your travel because of an unexpected medical condition," Micheli said.

But TIC also covers five other cases that could hinder travel — the theft of travel documents, the traveller being retrenched, a traumatic event before the traveller's departure, accidental damage to the traveller's home of R100 000 or more because of a storm, fire or burglary, and the cancellation of tickets within 36 hours of departure by the airline because of strikes, riots or civil commotion, providing there was no public warning of it 14 days before buying the policy.

Insurers typically will not cover travellers going to areas that have been declared war zones and use their discretion about some high-risk areas.

For example, based on travel advisories from the department of international relations and co-operation, the United States, Australia, New Zealand, and the British foreign and commonwealth office, TIC will not cover people going to Egypt.

Uriah Jansen, the managing director of Oojah Travel Protection, said Oojah follows travel advice issued by the British government and the foreign and commonwealth office, and will not insure travel to a country that is considered a war zone, whether it has been declared one or not.

Travel insurance also typically covers the return of a traveller's body, which can be complicated and expensive. Embalming is not done in traditionally Islamic countries, Micheli said, so some insurers will fly over someone to embalm the remains and the company will deal with regulatory authorities to have the body returned.

Without insurance, the cost of this can run into hundreds of thousands of rands. Ransom money is not part of the insurance package for the average traveller.

"Kidnap and ransom cover is a special product available in the market, but not featured on travel insurance," Micheli said.

"Travel insurance companies offer inconvenience-type cover related to kidnap and ransom. The benefit is a daily limit up to a maximum of R1-million. So if a traveller was kidnapped for 10 days, they would receive R33 000 per day held hostage."

According to Jansen, kidnap and wrongful detention is a benefit on corporate policies and is generally not sold as a component of a leisure policy by Oojah. The benefit pays for the cost of appointing a company to negotiate but does not cover ransom demands.

The rates
In the past, some companies have tried to base premiums on the risks associated with particular places, but that did not work because of the flat rates offered by others for all destinations.

So regardless of whether you are going to France or Iraq, you are likely to pay the same.

The rates are determined by normal underwriting principles and the rate a traveller pays is calculated scientifically.

"In general, we look at the overall loss ratio — one destination supplements another," Jansen said. "In the US, we know their medical costs are out of control and in Mauritius medical facilities are good and affordable, yet the rate is the same."

Some insurers offer particular policies for lower-risk areas such as the Indian Ocean islands. The premiums are higher for business travellers, who are considered a higher risk. Senior citizens also pay more.

The TIC rate takes the rand's volatility into account and is adjusted every 18 to 24 months, Micheli said.

Free cover and top-ups
Travellers can also receive free limited travel cover through their banks, provided the air tickets are paid for in full through their account, or through some medical aids, such as Discovery Health. Travel insurance companies provide a top-up to this complimentary cover.

But Micheli said the limited cover is not enough. "We are paying out claims of five, six, eight million. You can get into trouble that way … R5-million is definitely not enough."

"This cover is regarded as one of the best in the industry and accepted for all visas. Because of this, Discovery Health medical scheme members save significantly by not having to buy travel insurance."

"Discovery Health medical scheme has had instances where the scheme has covered medical expenses well in excess of R1-million," Peddle said.

Jansen said clients can choose different policies, depending on how much cover they feel they need. On corporate policies, cover of R120?million or even unlimited cover is on offer.

"It's a big marketing game; there are almost no claims in excess of R10?million," Jansen said. "It becomes about what the traveller perceptions are and often they can buy the higher cover for just R40 more."