Nice work, if you can get it 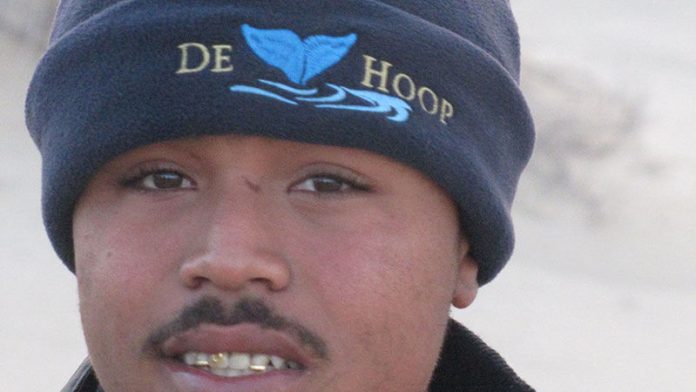 It’s a typically humid January day in Durban, and the roads are busy with parents rushing off to school and people making their way to work.

But on a pavement lining the corner of Brickfield Road and Berriedale Avenue in Overport a group of about 30 men sits patiently, braving the heat, waiting for someone to drive past with an offer of even a day’s honest labour.

They surround me as I approach them, but quickly disperse to reclaim their positions on the pavement when they realise I’m not looking for a carpenter or a gardener or a painter or a bricklayer or a builder.

Xolani Ndamasa, 26, who has relocated to Durban from the Eastern Cape in search of better employment prospects, tells me he has been waiting since 6.45am.

He is adept at gardening as well as painting, he says, but things are tight at the moment.

“Sometimes, I get work for four days a month. I earn between R90 and R100 per day and so I’m only able to buy groceries for myself — I can’t send any money home to my mother and my child in the Eastern Cape.”

Ndamasa says that the government needs to create more job opportunities to enable people like himself to better their lives.

“There’s no work in the Eastern Cape. That’s why I came here.”

The situation is not better for many of the other men who also complain about the scarcity of employment.

“Sometimes a little work comes our way, but sometimes it’s not too much,” says Nicholas Mkhize, 47, who comes from Umbumbulu, a rural area about 30km south of Durban.

“Sometimes you get a threeday job, and after that you don’t have anything. It’s difficult to get work. Sometimes when you work for someone maybe he’ll tell his neighbour, ‘Mr Mkhize is working very nicely’, so you’ll get another job.”

Loyiso Nompuza, 32, and also from the Eastern Cape, explains the process to me: “If a car comes and stops, then we all go running to the car. Maybe that person will take you to work for them.”

Alfred Jali is a certified bricklayer. He says that even if you don’t get a job, you may end up with a useful R10 note. A man who runs a business on Berriedale Avenue often requires men to offload containers when they arrive.

Sometimes “ he’ll take thirty of us [and] they’ll be given R70 each, but he’ll give the others who are there [but] he doesn’t need R10 each.”

Jali is a handyman who specialises in bricklaying. He was unable to find work in Kokstad, so moved his family to nearby Mayville.

Like the others, he also waits at the corner of Brickfield Road and Berriedale Avenue from Mondays to Thursdays, hoping he will secure employment.

Now 45, he says he never completed his schooling because he had no choice.

“Our time was not the same as this time. We had no other option. Schools were too far from our homes. Once we learnt how to write, we were old enough to work and left.”

After leaving school, he worked on a farm in Harding for two years, then headed to Johannesburg, where he held down a long term contract for an engineering firm, before political violence forced him to move to Durban in the early nineties.

Seven years ago, Jali got lucky at this very spot, when a gentleman took him to work at his home in Westville, and also enlisted his services as a handyman at Albert Luthuli Hospital.

“Now he’s an old man. After that, the contract changed, then I started working somewhere else, but that company closed, so I started coming back here.”

He sometimes manages to get a two-week job, doing things such as building a retaining wall or a bird house, he says, and is happy if he manages to accumulate R4 500 a month.

“Sometimes I manage to get that, sometimes even more” .

But refugees have made things more difficult, he says.

“I’m not complaining about them if they come the right way, but some of them come here, not because of a war, but because they are hungry. Everyone wants cheap labour and Africans from other countries will do the same job for less — the man without a family survives.”

In a world far removed from this pavement where Jali and his peers eagerly sit up each time a passing vehicle slows down, industrial psychologist Mariam Ismail, 26, is also desperately seeking employment.

Ismail holds a bachelor’s degree from the University of KwaZulu-Natal and an honours qualification from University of South Africa (Unisa). But hundreds of job applications over the past two years have gone nowhere.

“It’s been very difficult. I don’t have the experience needed to get a human resources related post, which requires worked for at least one to two years,” she says.

But Ismail, an Indian female, also believes that affirmative action has played a role.

“I think that’s probably a big factor. All the advertisements state that they will give first preference to employment equity candidates. I think we need to start looking at people according to merit again. I understand the need to redress past inequalities, but we also need to consider all race groups.”

Ismail cites examples of friends of hers in similar position who have moved overseas. She says it’s a move she may also consider.

“I chose industrial psychology because it was my passion. I’m thinking maybe if I study teaching instead, I can teach overseas for a year.”

But for 36-year-old Samantha Moodley* teaching hasn’t proven to be the wisest of choices in terms of securing employment.

“I’ve been everywhere to apply. I’ve put myself on all the databases. They keep telling me they have to first place their surplus teachers [who become redundant if the roll of a school drops] and then their bursary teachers [to whom the government gives bursaries for study teaching], and then last us.”

She says she has gravitated between “sitting at home” and filling in for teachers who have gone on leave.

“When I was studying, I didn’t expect this to happen. They say there’s a shortage of teachers in the country, and they allocate 40 to 50 children to a single teacher. I also sacrificed a lot to get here. I’m married with two kids. I can’t believe I’m fully qualified now and can’t get a job in a government school.”

Ismail is frustrated. “There are times when you feel like you need to give up, but you keep going and sending in applications, in the hope that something will eventually come up. Once you get into a job, that’s all you need. You just need to hang in there.”
* Not her real name

How to keep your skilled employees happy

Arrogant, out-of-touch ANC is not accountable to the people